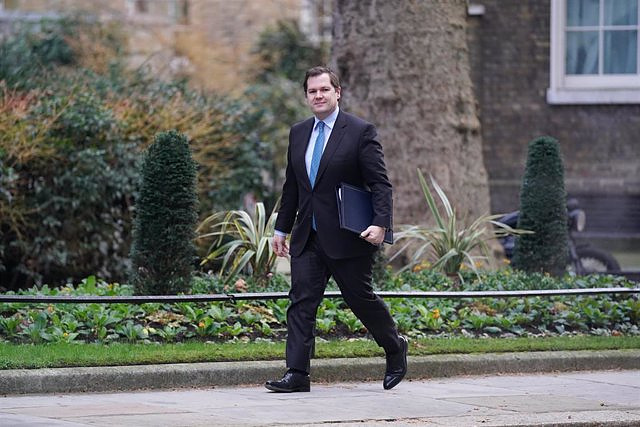 The holder of the portfolio has detailed that thirteen of the minors are under 16 years old, and one of them is a girl, according to the BBC.

Jenrick, who has explained to British parliamentarians that of the 4,600 underage asylum seekers who have arrived in the country since 2021, several hundred of them have disappeared, has indicated that it is "extremely worrying", despite the fact that he has specified that he had not seen evidence that the children were being abducted.

In this sense, he has recognized that this situation is "a challenge", while he has qualified that the local authorities are mobilized to find the disappeared and guarantee their safety.

Rishi Sunak's government has received criticism in this regard. On the one hand, the Interior spokesperson for the Labor Party -in opposition-, Yvette Cooper, has accused the cabinet of "negligence in the line of duty".

Cooper, who has called for "strong measures against gangs", has criticized that there is "a criminal network involved" in removing children from shelters and that the British government "was completely failing to stop them."

For their part, the Greens, who requested the appointment of the minister before Parliament after the publication of an investigation that brought to light the situation of minors in the country, have denounced the "astonishing complacency and incompetence" of the Interior.

However, Conservative MP Tim Loughton has described the administration of "temporary" accommodation for asylum seekers as a "grey area" between the ministerial portfolio and local authorities.

A journalistic investigation by the newspaper 'The Guardian' uncovered over the weekend the alleged kidnapping of dozens of minor asylum seekers staying at a Brighton hotel managed by the Ministry of the Interior and who fell into the hands of criminal gangs. These facts seem to be repeated in other facilities in the south of England.

A worker from the Mitie company, subcontracted by the Ministry of the Interior, and sources from the child protection services reported the kidnapping of minors in the middle of the street who were put into cars. "The minors are literally kidnapped in front of the building. They disappear and are never found again. The traffickers take them in the middle of the street," the source explained.

‹ ›
Keywords:
Reino UnidoAlbania
Your comment has been forwarded to the administrator for approval.×
Warning! Will constitute a criminal offense, illegal, threatening, offensive, insulting and swearing, derogatory, defamatory, vulgar, pornographic, indecent, personality rights, damaging or similar nature in the nature of all kinds of financial content, legal, criminal and administrative responsibility for the content of the sender member / members are belong.
Related News