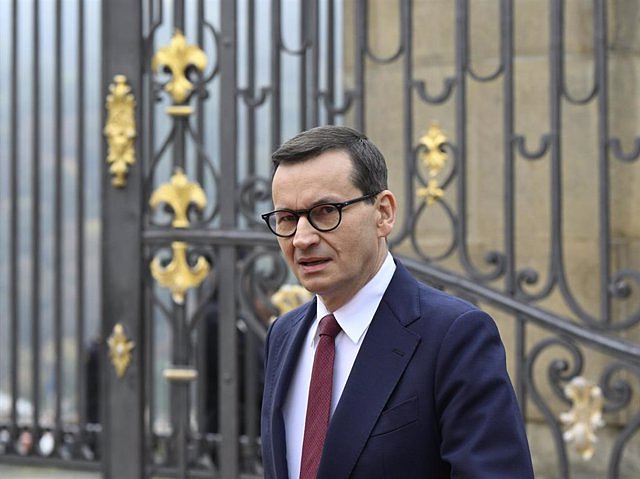 The Prime Minister of Poland, Mateusz Morawiecki, has asked this Tuesday night for "calm and prudence" both to the opposition and to citizens before the investigations into the authorship of a missile that has exploded in Przewodow, near the border with Ukraine, and that he has taken the lives of two people.

Morawiecki has appealed to Polish citizens "to remain calm around this tragedy. Let's be prudent. Let's not allow ourselves to be manipulated," he explained, as reported by the Polish news agency PAP.

"We must be guided by moderation and prudence. We must rely solely on the facts," stressed the Prime Minister, who has asked "the entire political class for moderation and responsibility."

"In these difficult times, we must show the Poles unity and that we understand that it is a matter of State," he reaffirmed, before adding that "in days like these" we must bet on unity to "be safe and not be intimidated."

The prime minister has addressed the Poles, whom he has warned against fake news. "We cannot succumb to all these manipulations," he urged.

Likewise, the Head of State has announced, after contacting European leaders who have shown their support for Warsaw, that his Executive has made the decision to focus on reinforcing air control.

"We decided to increase the combat readiness of selected units of the Polish Armed Forces, with special emphasis on airspace monitoring," explained the head of government, who has indicated his allies, with whom he is carrying out analyzes and consultations on the invocation of Article 4 of the North Atlantic Treaty to trigger consultations within NATO.

Thus, Morawiecki has added that he has elevated all services --Police, border guards, firefighters, special services-- to a state of greater preparation.

Late in the evening, Polish authorities confirmed the death of two people in an explosion, but refused to accuse Russia of it, despite the fact that Ukraine and the Baltic countries had directly pointed to Moscow.

These accusations have been rejected from Moscow and the insinuations from some NATO member states have been described as "provocations", explaining in turn that the missile fragments in the area do not correspond to the type of weapons used by Russia.