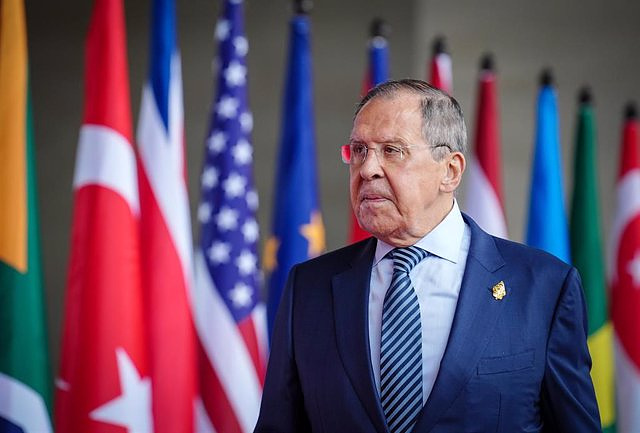 The Russian Foreign Minister, Sergei Lavrov, has asserted that Ukraine "will be liberated" from the "neo-Nazi" authorities that rule the country and has been convinced that the plans of the Ukrainian president, Volodimir Zelensky, will fail.

"The Ukrainian people will be liberated from the neo-Nazi rulers, they deserve to live in good neighborliness, friendship, prosperity alongside their Slavic brothers," the Russian diplomatic representative said, according to the TASS news agency.

Lavrov has collaborated with a documentary on the Russia24 television channel --entitled 'Nazism under investigation-- where he has stressed that Ukraine's plans to regain control over Crimea and Donbas will not come to fruition.

In this sense, Lavrov has criticized Zelenski for, he says, ignoring the history of these territories, especially Crimea, and has taken the opportunity to ridicule the president by slipping that while events were taking place on the peninsula he was acting in 'The Club of the Alegre and Ingenious', a humor program.