Hundreds of transsexuals demonstrate in Pakistan to protest against transphobic violence 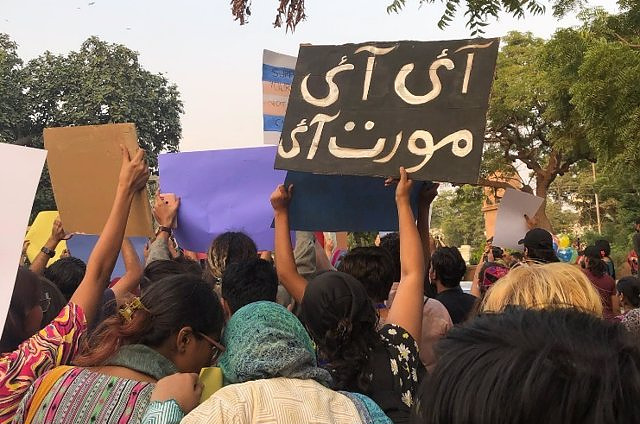 Hundreds of transsexual activists have demonstrated this Sunday in the Pakistani city of Karachi to denounce the growing wave of violence and attacks against this community.

The Sindh Moorat March, the first rally of its kind in the history of conservative Pakistani society, has brought together a large number of transgender rights activists.

The initiative coincides with attempts by religious and conservative politicians to strike down a trans rights law that they consider anti-Islamic.

The law was passed in 2018 to praise from other countries, as it recognizes individuals the right to choose their gender identity. Those who reject it claim that it opens the door to gay marriage.

"The government must criminalize transphobic hate speech and safeguard the right to self-perceived gender identity," said one of the participating activists, Shahzadi Rai. Rai has also claimed that the abandonment of trans children be classified as a crime.

"Hundreds of transsexuals are murdered and raped every year, but the state seems not to notice," lamented another activist, Nayab Ali.

More than 1,500 transsexuals have been victims of rape, assault or intimidation since 2016, according to data from the Pakistani Police.

‹ ›
Keywords:
PakistánColectivo LGBT
Your comment has been forwarded to the administrator for approval.×
Warning! Will constitute a criminal offense, illegal, threatening, offensive, insulting and swearing, derogatory, defamatory, vulgar, pornographic, indecent, personality rights, damaging or similar nature in the nature of all kinds of financial content, legal, criminal and administrative responsibility for the content of the sender member / members are belong.
Related News