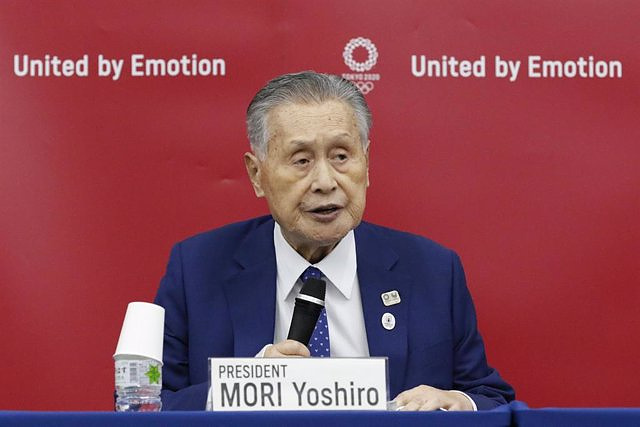 Former Japanese Prime Minister Yoshiro Mori criticized the government's support for Ukraine on Wednesday, at a time when the current 'premier', Fumio Kishida, has indicated that he plans to visit kyiv.

"We have come this far by accumulating good relations between Japan and Russia. Is it okay to put so much effort into Ukraine? It is almost unthinkable that Russia will lose," Mori said on the sidelines of a Japan-India Association meeting in Tokyo, according to reports. has picked up the agency Kyodo.

The Japanese government has sanctioned individuals and organizations linked to Russia, condemning the Kremlin's annexation of territories and stressing that Japan will continue to cooperate with G7 members and the international community to impose new sanctions packages against Moscow.

Kishida told parliament on Wednesday that he would consider an invitation to visit kyiv from President Volodimir Zelensky, depending on the circumstances.

Mori, 85 years old and a member of the ruling Liberal Democratic Party (PLD) party, was prime minister of the country for just over a year (2000-2001), reaching minimum levels of approval among public opinion for his controversial comments.

During his tenure, he had a close relationship with Russian President Vladimir Putin, a contact he maintained after leaving office, achieving progress in bilateral relations with Russia.

In 2021 he raised the controversy with a series of sexist comments, after which he was forced to resign as head of the Tokyo Olympic Games Organizing Committee, a position he led for seven years.

‹ ›
Keywords:
JapónUcrania
Your comment has been forwarded to the administrator for approval.×
Warning! Will constitute a criminal offense, illegal, threatening, offensive, insulting and swearing, derogatory, defamatory, vulgar, pornographic, indecent, personality rights, damaging or similar nature in the nature of all kinds of financial content, legal, criminal and administrative responsibility for the content of the sender member / members are belong.
Related News