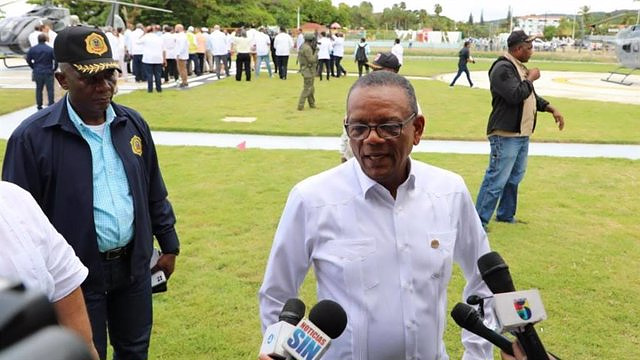 The Dominican Republic has rejected this Tuesday the accusations about alleged deportations of Haitian minors after being allegedly separated from their parents.

The country's General Directorate of Migration has indicated that there are no cases of minors who have been separated from their parents, according to data indicating that more than 150,000 foreigners have been returned to their country since 2020.

"At all times and in compliance with the laws of the Dominican Republic and international treaties, all deportations are carried out in total and absolute respect for the dignity of people and their human rights," said the general director of migrations of the country, Venancio Alcántara, in statements collected by the office of the Dominican Presidency.

In this line, Alcántara has detailed that there are specific procedures when there are minors involved in the process. "At all times the minors are with their parents and, when they have not been located, the minors are referred directly to the National Council for Children and Adolescents (CONANI) which is in charge of their care," he indicated.

The clarification of the director general, the government statement affects, comes after the CNN chain affirmed that "the Dominican Republic expelled hundreds of children to Haiti this year without their families."

The CNN information is based on data provided exclusively by a UNICEF spokesperson to the television channel, in which he pointed out that the United Nations Children's Agency would have received at least 1,800 unaccompanied children that the Dominican immigration authorities delivered. in Haiti since the beginning of the year.

Likewise, UNICEF indicated that "many minors arrive without identity documents", being "sent" to the country among deported adults.

The Government of Haiti criticized the Government of the Dominican Republic for the "inhuman and degrading treatment" it exerts on Haitian migrants, after the wave of deportations has raised doubts even in the United Nations, which also expressed concern last week about this context.

Port-au-Prince has echoed "shocking images" collected by the media to urge Santo Domingo to give "respectful treatment of human dignity" to those who cross into the eastern part of the island of Hispaniola, shared by both countries .

The President of the Dominican Republic, Luis Abinader, already warned last week that his government "will continue to repatriate Haitian citizens who are in the country illegally," alleging that migration management is the exclusive responsibility of the authorities. nationals.

Under this premise, Abinader described as "unacceptable and irresponsible" the criticism of the UN High Commissioner for Human Rights, Volker Turk, who called for the cessation of "forced returns" due to the political, economic and social crisis in which he lives. Haiti.

According to the high representative of the UN, Haiti currently does not meet the adequate security conditions for the "safe, dignified and sustainable" return of migrants given the "incessant armed violence and the systematic violations of Human Rights."

‹ ›
Keywords:
HaitíRepública Dominicana
Your comment has been forwarded to the administrator for approval.×
Warning! Will constitute a criminal offense, illegal, threatening, offensive, insulting and swearing, derogatory, defamatory, vulgar, pornographic, indecent, personality rights, damaging or similar nature in the nature of all kinds of financial content, legal, criminal and administrative responsibility for the content of the sender member / members are belong.
Related News