A Zambian dies while fighting in the Russian ranks in Ukraine

The Foreign Minister of the African country requests information from Russia about the circumstances for which he was recruited. 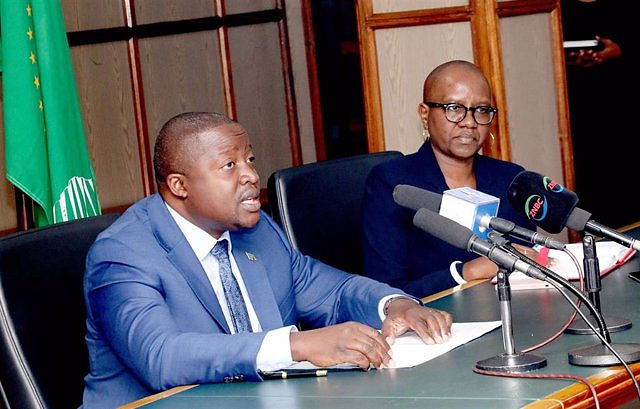 A 23-year-old Zambian student who was imprisoned in Russia has died while fighting in the Russian ranks in Ukraine, the Zambian Foreign Ministry has said.

The ministerial portfolio has reported that on November 9 the young man's death was notified. Subsequently, the Embassy of Zambia in Moscow indicated that the student had died on September 22.

Since then, the remains of the victim have been transported to the Russian city of Rostov to begin the process of repatriation to their country of origin.

The Foreign Minister of the African country, Stanley Kasongo Kakubo, has requested information from the Russian authorities on the circumstances in which the citizen could have been recruited to participate in the war and subsequently die.

"As minister, I have personally been in contact, and will continue to do so, with the family of the deceased to offer an update on the details of the death of their loved one, once the official communication is received from the Russian authorities," he said. explained Kakubo through a statement.

The fatal victim, Lemekhani Nathan Nyirenda, was studying Nuclear Engineering at the Moscow Engineering Physics Institute (MEPHI). In April 2020, Nyirenda broke the laws of the Russian Federation and as such was later found guilty and sentenced to nine years and six months in prison. He was serving his sentence in the Tyer medium-security prison outside Moscow.

‹ ›
Keywords:
RusiaUcraniaZambia
Your comment has been forwarded to the administrator for approval.×
Warning! Will constitute a criminal offense, illegal, threatening, offensive, insulting and swearing, derogatory, defamatory, vulgar, pornographic, indecent, personality rights, damaging or similar nature in the nature of all kinds of financial content, legal, criminal and administrative responsibility for the content of the sender member / members are belong.
Related News