The magistrate points out that the audit did not detect "the important deficiencies in provisions" of the bank. 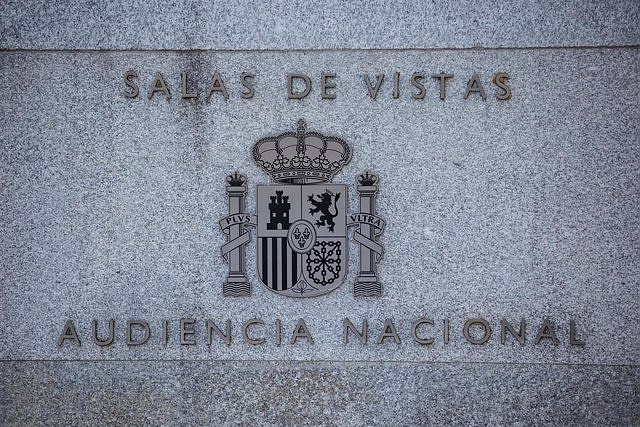 The judge of the National Court in charge of the investigation of the 'Popular case' will take a statement as investigated this Wednesday to the auditor of PricewaterhouseCoopers (PwC) Jose María Sanz Olmeda, who coordinated the audits of the annual accounts of Banco Popular between the years 2009 to 2015 .

In a car, to which Europa Press has had access, the head of the Central Court of Instruction Number 4, José Luis Calama, accepts the request of several private accusations and, with the approval of the Prosecutor's Office, calls Sanz to court to starting at 09:00.

The magistrate explains that, until now, the case included the PwC auditor from 2016 and the entity itself as a legal entity as being investigated, also recalling that a complaint was already inadmissible in 2018 against Sanz himself.

However, Calama now considers his statement as investigated pertinent and explains that "the arduous and complex investigation carried out" has been outlining some facts that provisionally allow us to affirm that "the 2015 annual accounts of Banco Popular hid a deficit of provisions generated for conscious non-compliance with the accounting standards contained in annex IX of Bank of Spain Circular 4/2004".

In this context, the magistrate recalls that PwC was the audit firm of Banco Popular during the years 2015 and before and that José María Sanz Olmeda was the head of the audit in the planning and execution of the audit work in said financial institution since 2009 to 2015.

"From what has been learned so far, it can be affirmed that the PwC auditors did not detect the significant shortfalls in provisions caused by an abnormal credit classification -from the point of view of risk- and by an accounting management of the foreclosed assets, which, to a large extent , deviated from compliance with the aforementioned annex IX of Circular 4/2004", concludes the judge.

It should be remembered that Judge Calama recently requested a new expansion of the report from the Bank of Spain experts Teodoro Fernández and Álvaro López after a series of doubts arose in their statement in court.

These latest movements are part of the case in which the magistrate is investigating two phases of the Popular's resolution process: the alleged accounting irregularities of the entity in 2016, with the capital increase, and the leaks to the press a year later that would have caused its resolution in mid-2017.

‹ ›
Keywords:
Audiencia NacionalBanco PopularPwC
Your comment has been forwarded to the administrator for approval.×
Warning! Will constitute a criminal offense, illegal, threatening, offensive, insulting and swearing, derogatory, defamatory, vulgar, pornographic, indecent, personality rights, damaging or similar nature in the nature of all kinds of financial content, legal, criminal and administrative responsibility for the content of the sender member / members are belong.
Related News