The governing body of the judges recognizes the work of the Alicante Court in reducing "waiting times". 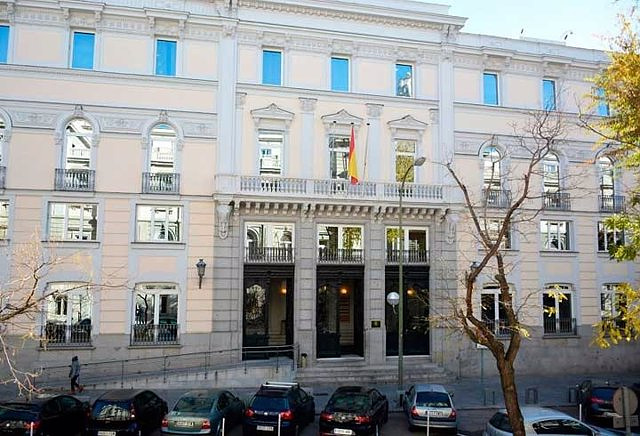 The General Council of the Judiciary (CGPJ) has awarded the technical office of the Supreme Court for its work in providing public administrations, legal professionals and citizens with "up-to-date, affordable" and transparent knowledge of its jurisprudence.

As reported by the governing body of the judges, the Permanent Commission has learned today of the ruling of the X Justice Quality Awards, which are granted by the CGPJ to entities or organizations related to the Administration of Justice.

This year the jury has been chaired by the member of the CGPJ Gerardo Martínez Tristán, and made up of members of the governing body of judges Mar Cabrejas and Juan Martínez Moya and by representatives of the Ministry of Justice, the State Attorney General's Office, the General Council of Spanish Lawyers, the Association of Attorneys of Spain and the General Council of Social Graduates.

It has agreed to award the 'Most Transparent Justice' award to the technical office of the High Court and also to the office of the jury of the Provincial Court of Alicante.

The CGPJ wanted to recognize the "digital preparation and dissemination of jurisprudence notebooks and biweekly bulletins" by the technical cabinet of the Supreme Court, which "has increased the transparency of the jurisdictional activity of the Third Chamber."

According to the jury, it is an "innovative, necessary and timely project that, in the jury's opinion, contributes to providing transparency and legal certainty in the field of Administrative and Tax Law.

On the other hand, the CGPJ has highlighted the work of the Provincial Court of Alicante, which has the "objective of ending the enormous pending issues of the jury court and reducing the waiting time for the appointment of the views."

"In collaboration with the Prosecutor's Office, an agenda has been drawn up to signal prior appearances to achieve a possible compliance, which has increased the resolution of matters and has reduced resolution times, while at the same time it has meant savings in material costs and economic", they have pointed out.

The jury has agreed to award the 'Most Accessible Justice' prize to Investigating Court Number 3 of Las Palmas de Gran Canaria for its project 'Pilot Development of a Court for Violence against Children and Adolescents'.

"This project, which is based on the provision contained in Law 8/2021, for the comprehensive protection of children and adolescents, which provides for the creation of specific courts, constitutes a pioneering initiative that has managed to effectively guarantee the right to effective protection in favor of children and adolescents", the CGPJ pointed out.

For this, they point out from the Permanent Commission, "instruments and resources have been dedicated to facilitate access to justice for minor victims of violence, generating spaces of tranquility, trust and security in carrying out legal proceedings that prevent their secondary victimization ".

Among the main milestones of this project, they point out, are the creation of a telematic Gesell room, the creation of a comprehensive forensic assessment unit, the incorporation of a mobile video recording device for the practice of constituted evidence, collaboration protocols with the State Security Forces or the implementation of the 'come with your pet' program, together with the use of the welcome kit for the practice of judicial summons.

In the modality of organizations and entities, the 'Most accessible Justice' prize has been awarded 'ex aequo' to the Department of Equality, Justice and Social Policies of the Basque Government for its project 'Accompaniment program for victims of gender violence in the field Judicial: Zurekin' and the Vice-Ministry of Justice and Victims of the Community of Madrid for their project 'Comprehensive Program for Child Care in Courts'.

According to the CGPJ, "the Basque Government's project aims to provide women victims of gender violence with comprehensive accompaniment during legal proceedings with the aim of alleviating the emotional impact of the procedure."

For its part, the Community of Madrid project "has the objective of ensuring that the participation of minors in judicial proceedings is carried out in the least traumatic and shocking way possible."

"With the coordination of the Offices of Attention to Victims, the necessary means are offered to create friendly spaces for minors and their companions, among others, lactation rooms, children's playground in some judicial headquarters, Gesell rooms or programs of accompaniment with trained dogs", they add.

In the judicial body category, the Third Section of the Contentious-Administrative Chamber of the Superior Court of Justice of the Valencian Community has been awarded the 'Most Effective Justice' award for its project 'Professional Ethics and Effective Justice'.

"Through practices that allowed the rapid identification of related matters, of matters likely to be accumulated and of witness lawsuits, together with structural changes, support measures, the involvement of the members of the Section and the collaboration of the Lawyers of the Administration of Justice, the Section has reduced the high pendency and the response times in matters of tax law", pointed out the CGPJ.

In the modality of entities and organizations related to the Administration of Justice, the prize for the 'Most Effective Justice' has been awarded to the criminal enforcement and restorative justice service of the General Directorate of Justice of the Government of Navarra for its project 'Protocol of collaboration in matters of mental health care and framework protocol for restorative justice in Navarra'.

"The first of the protocols aims to establish coordination systems that make it possible to provide adequate health and social care to all people with psychiatric pathologies, addictive disorders or alteration of perception who are involved in criminal proceedings in the judicial bodies of Navarra", they have explained from the Permanent Commission.

On the other hand, with the second protocol "it is intended to satisfy the interests and needs of the victim, as well as repair the damage that has been caused through close coordination with the Victim Assistance Office in all phases of the criminal procedure" .

In the opinion of the jury, both protocols constitute effective instruments of collaboration and coordination that improve the quality of the public service of Justice. 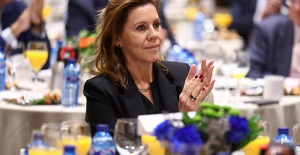