Neither Abascal nor the party have published messages of condolences after the death of the Queen of England. 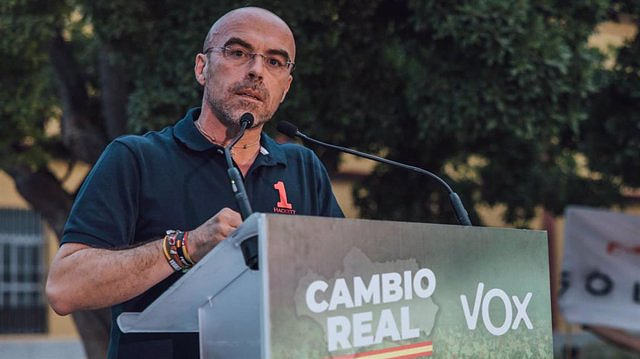 Vox has limited itself to claiming the Spanishness of Gibraltar after the death of the Queen of England, Elizabeth II, and one of its deputies in Congress has branded the president of the Community of Madrid, Isabel Díaz Ayuso, for decree three days of official mourning in the region.

After knowing the death of the monarch, neither the party in any of its official accounts on social networks nor the leader of Vox, Santiago Abascal, have published any message of condolences or condolences, unlike other political leaders both Spanish and the rest of the world.

The only message related to the death is from the MEP and spokesperson for the Vox Political Action Committee, Jorge Buxadé, who published the comment 'Spanish Gibraltar' in response to a tweet from the PP of La Línea (Cádiz) that offered condolences to the Gibraltarians for the death of Elizabeth II.

This message has also been criticized by the Vox deputy in Congress for Cádiz Agustín Rosety, who has described it as "indignity" because he believes that it recognizes the sovereignty of the United Kingdom over the Rock.

But in addition, Rosety has charged Isabel Díaz Ayuso for decreeing three days of official mourning in the Community of Madrid. "There is nothing worse than a hick with aspirations," she said, although without directly quoting the Madrid president.

‹ ›
Keywords:
GibraltarVOXDíaz Ayuso
Your comment has been forwarded to the administrator for approval.×
Warning! Will constitute a criminal offense, illegal, threatening, offensive, insulting and swearing, derogatory, defamatory, vulgar, pornographic, indecent, personality rights, damaging or similar nature in the nature of all kinds of financial content, legal, criminal and administrative responsibility for the content of the sender member / members are belong.
Related News