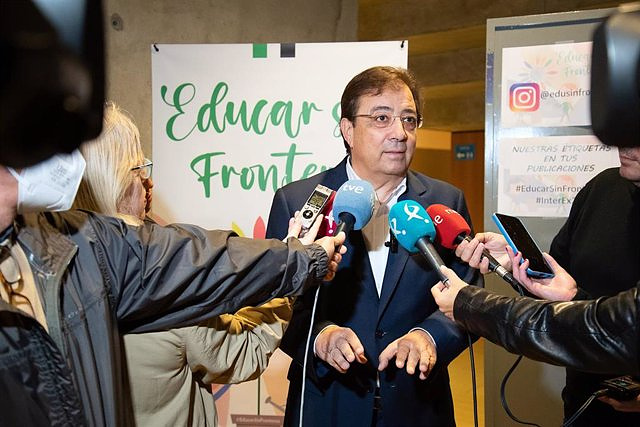 The president of the Junta de Extremadura, Guillermo Fernández Vara, has assured, regarding the modification of the crime of embezzlement, that it would be "hard to understand" that something be done that would "difficult" prosecute corruption in Spain.

In this way, and to questions from the media about this modification, Vara has considered that "we would do well" to try "to be prudent" until "we do not know exactly what is being talked about", although, in any case, he has stressed that he would not understand that "enrichment, by any of its means, could be alleviated in the Penal Code".

However, and in his opinion, given the proposed changes to the crimes of sedition and embezzlement, the president of Extremadura has considered that two reflections are appropriate.

The first, he said, has to do with a question that "is unanswered." "These changes that are being discussed in the Penal Code would have served so that Puigdemont and the rest of the fugitives had been extradited to Spain and were already tried and sentenced? Yes or no? Because if it is yes to what whether it's not for me is important", he pointed out.

The second reflection, as Fernández Vara has raised, is whether "it would not be reasonable" to have a Penal Code "similar to the one in Europe" if numerous actions are carried out thanks to European funds.

The president of Extremadura has reiterated that "it is not understood that we are Europeans for some things and for others we do not want to be Europeans", in addition to insisting that they have spent "many years trying to judge a person who was at the forefront of a whole process that did, by the way, with the current Penal Code, which were two referendums on independence and a unilateral declaration of independence, which escaped and that we have not been able to judge yet today".

In that sense, he criticized that "there is discussion of how to do everything possible to be able to continue without judging them, which is what it is about."

Fernández Vara has made these statements, to questions from the media, moments before participating, in Mérida, in the inauguration of the I Conference on the Internationalization of Non-Higher Education in Extremadura.

‹ ›
Keywords:
CorrupciónJunta De ExtremaduraFernández Vara
Your comment has been forwarded to the administrator for approval.×
Warning! Will constitute a criminal offense, illegal, threatening, offensive, insulting and swearing, derogatory, defamatory, vulgar, pornographic, indecent, personality rights, damaging or similar nature in the nature of all kinds of financial content, legal, criminal and administrative responsibility for the content of the sender member / members are belong.
Related News