US studies declaring Russia a state sponsor of terrorism 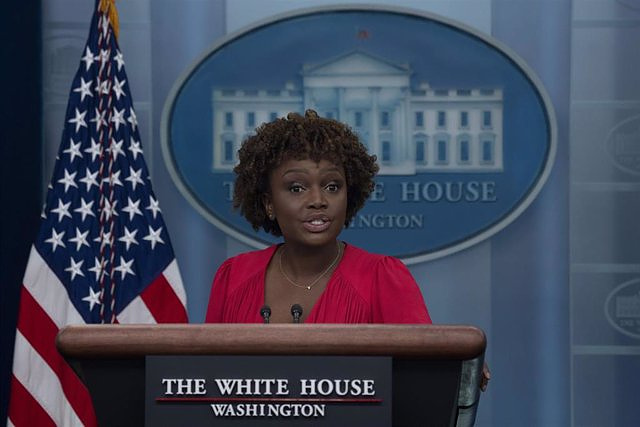 White House spokeswoman Karine Jean-Pierre announced this Friday that the United States is studying the declaration of Russia as a state sponsor of terrorism as a sanction measure for the invasion of Ukraine.

Asked if the Biden Administration is considering the proposal by the President of Ukraine, Volodimir Zelensky, to declare Russia a "terrorist state" after its attacks on civilians, Jean-Pierre maintained that the North American country is evaluating it along with a series of of other sanctions proposals.

"We are studying it together with a series of other proposals to impose more costs on Russia (...). This requires a determination by the State Department on specific criteria," the White House spokeswoman said at a conference. press.

Zelensky has repeatedly called on Western allies for Russia to be officially considered a terrorist state, claiming that no other country "allows itself to destroy peaceful cities" with cruise missiles and artillery every day.

"And if someone launched a missile attack on a medical center in Dallas or Dresden, God forbid, what would it be called? Isn't it terrorism?" the Ukrainian president said in a statement in mid-July.

‹ ›
Keywords:
Estados UnidosRusiaTerrorismoUcrania
Your comment has been forwarded to the administrator for approval.×
Warning! Will constitute a criminal offense, illegal, threatening, offensive, insulting and swearing, derogatory, defamatory, vulgar, pornographic, indecent, personality rights, damaging or similar nature in the nature of all kinds of financial content, legal, criminal and administrative responsibility for the content of the sender member / members are belong.
Related News