Ukraine urges Crimean residents to be 'prepared' for future 'unemployment' 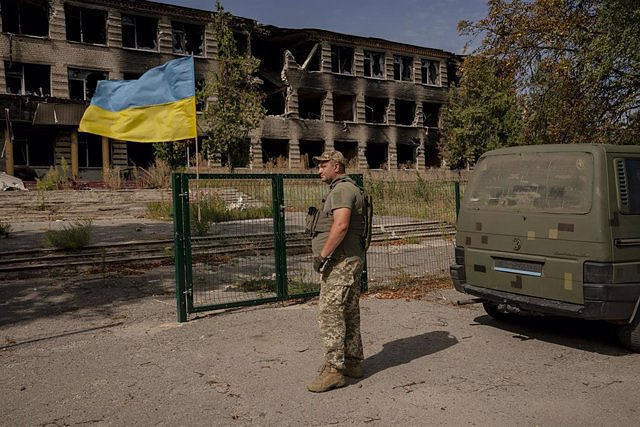 The permanent representative of Ukraine in Crimea, Tamila Tasheva, has urged residents of the peninsula to be "prepared" for a future "employment" of the territory by Ukrainian forces.

"We are not saying that unemployment will happen tomorrow. However, it will happen and they must prepare for it, both physically and mentally," Tasheva defended during a press conference collected by the Ukrinform news agency.

In addition, he has stated that those who leave Crimea through Russian territory on their way to third countries will not be prosecuted for having committed any administrative offense, since it is considered that it is an action carried out "in conditions of extreme necessity" .

In fact, the Crimean border crossings with Ukrainian territory have been closed since the authorities of the peninsula, annexed by Russia in 2014, decreed it at the end of February, coinciding with the start of the Russian invasion of Ukraine.

Finally, Tasheva has asked the population not to "panic" and has assured that the Ukrainian authorities are concerned and take into account each and every one of its citizens on the peninsula.

Political figures in Ukraine, including President Volodymyr Zelensky, have already spoken out in favor of launching an operation to retake control of Crimea on previous occasions. "For Ukraine, Crimea is part of our people, of our society," the head of state himself said at the end of August.

‹ ›
Keywords:
CrimeaUcrania
Your comment has been forwarded to the administrator for approval.×
Warning! Will constitute a criminal offense, illegal, threatening, offensive, insulting and swearing, derogatory, defamatory, vulgar, pornographic, indecent, personality rights, damaging or similar nature in the nature of all kinds of financial content, legal, criminal and administrative responsibility for the content of the sender member / members are belong.
Related News