The Government of Ukraine has affirmed this Tuesday that "the referendum farce" announced by the pro-Russian authorities of the Donetsk, Lugansk, Zaporizhia and Kherson regions "will not change anything", after it was confirmed during the day that these votes will have place between September 23 and 27. 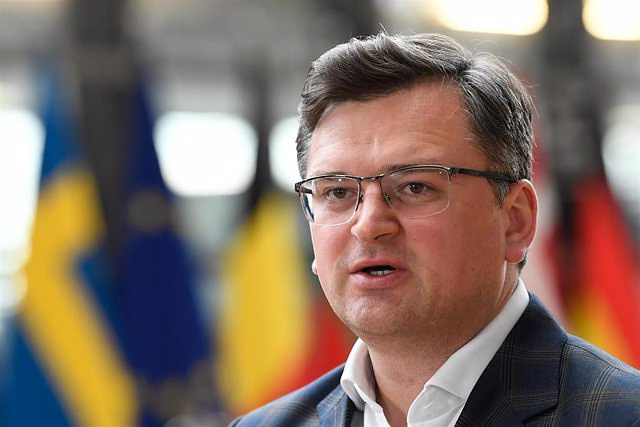 The Government of Ukraine has affirmed this Tuesday that "the referendum farce" announced by the pro-Russian authorities of the Donetsk, Lugansk, Zaporizhia and Kherson regions "will not change anything", after it was confirmed during the day that these votes will have place between September 23 and 27.

"The farce of the referendums will not change anything and neither will any hybrid mobilization," Ukrainian Foreign Minister Dimitro Kuleba said in a message on his Twitter account. "Russia has been and continues to be an aggressor that illegally occupies part of the Ukrainian territory," he denounced.

In this regard, he stressed that "Ukraine has every right to liberate its territories and will continue to liberate them, regardless of what Russia has to say", within the framework of the counter-offensives launched by the Ukrainian Army in recent weeks in parts from the Kherson and Kharkov regions.

On the other hand, Deputy Prime Minister and Minister of Reintegration of the Temporarily Occupied Territories, Irina Vereshchuk, has asked Ukrainians residing in Jerson, Zaporiyia, Donetsk and Lugansk not to participate in the consultations.

"Once again I appeal to our citizens, Ukrainians who are now forced to stay in temporarily occupied territories, not to participate in any referendum, to ignore and not go to participate," he said, according to Ukrinform.

In addition, he has detailed that the Executive has proposed raising prison sentences to fifteen years for crimes related to the acquisition of Russian passports or coercion to participate in referendums.

For his part, the head of the Lugansk Regional Administration, Serhiy Haidai, has stated that the pro-Russian authorities have launched the referendum "considering the fact that they will lose on the battlefield." "The only thing left for them is to quickly hold a referendum, which of course will be false and with ready-made results," he said.

Haidai has stressed that the pro-Russian authorities are thereby seeking to set administrative borders for the territories captured during the war so that Russia can denounce an "attack" against its territory once the Ukrainian Army continues to advance its offensives and break into these areas, perhaps and as the Ukrainian news agency UNIAN has collected.

The authorities of the self-proclaimed republics of Donetsk and Lugansk, as well as the pro-Russian authorities of Jershon and Zaporiyia, announced this same Tuesday that the referendum on the possible accession of these territories to Russia will be held between 23 and 27 September.

For his part, the Russian Foreign Minister, Sergei Lavrov, has indicated that these initiatives are a sign of the population's desire to be able to determine whether they want to be part of Russia. "Since the beginning of the special military operation and, in general, in the preceding period, we said that the population of the respective territories should decide their future," he said. "The current situation confirms that they want to be masters of their destiny," he has settled.