The former chief of staff of the agency Juan Rubiales denounced before Anticorruption that they were paid for with cards from the federation. 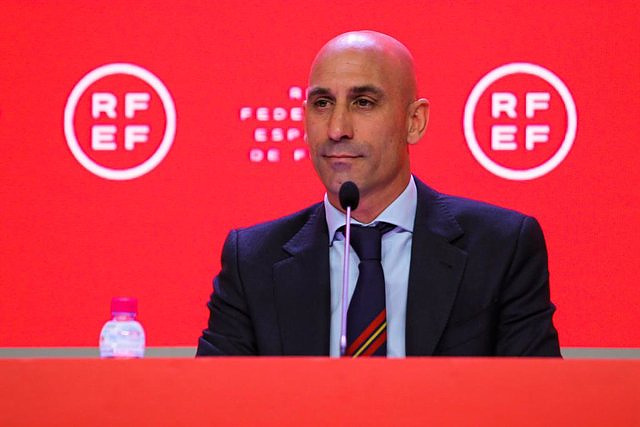 The Royal Spanish Football Federation (RFEF) has denied "categorically" that money from its funds was used to pay for a private party in a villa in Granada at the beginning of 2020, as denounced by the former chief of staff of President Luis Rubiales, his uncle Juan Rubiales.

As published in its Thursday edition of the newspaper 'El Mundo', Juan Rubiales assured the Anti-Corruption Prosecutor that the expenses of this private party, to which a former soccer player invited "a group of eight or ten young girls ", were paid "with company cards of the RFEF itself".

In this sense, the RFEF "deeply regrets and categorically denies" the statements made by Juan Rubiales in the Prosecutor's Office last April. "The full intervention of Juan Rubiales that is reported today by the newspaper El Mundo is once again a new exercise in falsehoods and manipulation by a former federative employee moved by spite, as well as by his alliances demonstrated and recognized by those who seek a constant deterioration of the image of the president of the RFEF," he said in a statement.

For the RFEF, the information focuses the story on a "new maneuver" by Juan Rubiales, who again accuses RFEF employees of "irregular and inappropriate behavior" in a work meeting with other department directors in which he I was present.

"The former chief of staff refers to a coexistence of planning and organization of federative executives in the town of Salobreña in which the accommodation was entirely paid by each assistant, including Juan Rubiales. Neither the employees nor the RFEF incurred in any irregularity ", indicates the RFEF.

Despite the seriousness of the alleged facts, Juan Rubiales has not provided, according to the RFEF, "not a single piece of evidence either in the Prosecutor's Office or in court to support his accusations." "Neither on that date nor on any other was a single euro dedicated to issues that are not related to federal activity. It is one more step in the infamous campaign that the president has been suffering in recent months," the note concludes. federative.