The President of Galicia, to Irene Montero: "Tweeting is not the same as making laws" 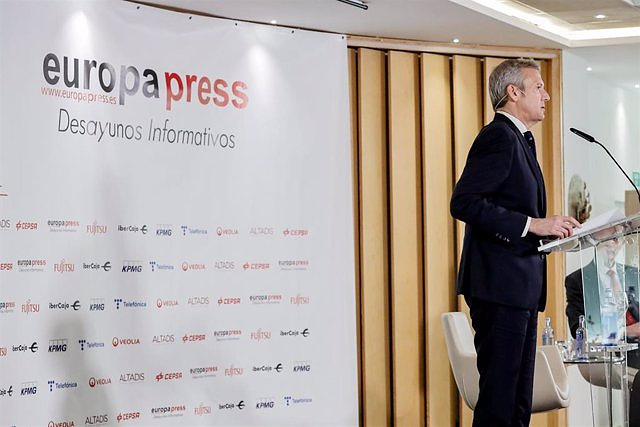 The president of the Xunta de Galicia, Alfonso Rueda, has ruled on the effects of what is known as the 'only yes is yes' law, warning the Minister of Equality, Irene Montero, that "tweeting is not the same as making laws "and stressing that the responsibility for reducing the sentences with this rule corresponds to the entire Government and ultimately to Pedro Sánchez, who has the ability to appoint or dismiss ministers.

This is what he said during an informative breakfast for Europa Press, when asked about the position of the Prosecutor's Office in this controversy over the revision of sentences with this "only yes is yes" law. In this regard, Rueda has admitted that he has not yet read the instruction from the Attorney General's Office, although he did want to "go to the origin".

"And that is that they do not realize that tweeting is not the same as making laws, and this is going to have slightly more complicated effects," warned Rueda, who has also charged against "the arrogance" of Irene Montero for "disqualify" Justice.

In any case, he has ruled out placing the blame for the rule on a specific minister, stressing that this law "is made by an entire government" and that the ultimate responsibility falls on Pedro Sánchez, who appoints and dismisses ministers: "It is one more show , with very direct consequences.

Likewise, Rueda has also expressed himself about the repeal of the crime of sedition, which is being debated this Thursday in the Congress of Deputies, accusing Sánchez of "doing anything to try to continue where he is."

‹ ›
Keywords:
Pedro SánchezXunta De GaliciaIrene Montero
Your comment has been forwarded to the administrator for approval.×
Warning! Will constitute a criminal offense, illegal, threatening, offensive, insulting and swearing, derogatory, defamatory, vulgar, pornographic, indecent, personality rights, damaging or similar nature in the nature of all kinds of financial content, legal, criminal and administrative responsibility for the content of the sender member / members are belong.
Related News