Gamarra assures that "the sedition scandal should not cover up what happened at the Melilla fence" in June. 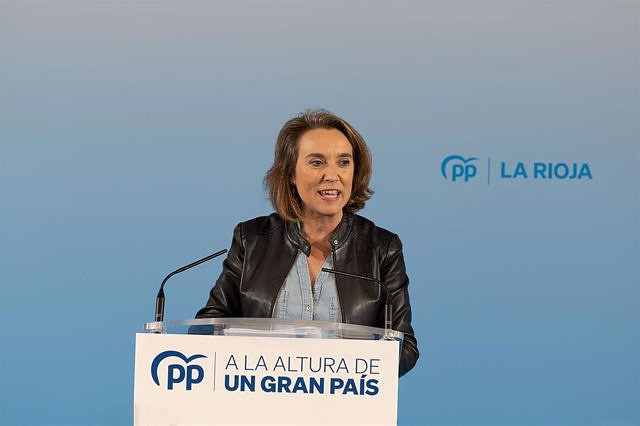 The Popular Party has registered this Monday the appearance in the plenary session of the Congress of the Prime Minister, Pedro Sánchez, to explain his "terrible management" in the tragedy at the Melilla border on June 24.

The general secretary of the PP, Cuca Gamarra, has justified this request to appear before "the refusal" of the Minister of the Interior, Fernando Grande-Marlaska, to appear in the Lower House and "provide the videos" that have been requested.

For this reason, Gamarra has assured that "Sánchez will have to be the one to give all the explanations" and this has been registered by the Popular Group this morning in Congress. "The sedition scandal should not cover up what happened at the Melilla fence," he declared in a message on his official Twitter account, which was collected by Europa Press.

In its letter, the PP assures that given the latest data published by various media on the tragic episodes that took place in Melilla, the report by the Ombudsman, as well as the visit on November 7 to the Melilla fence by a delegation parliamentary, "the lack of transparency of the Government's action in this tragedy is proven and serious doubts arise about the veracity of the words of the Minister of the Interior and the parliamentary headquarters and the explanations provided later".

The PP points out that the President of the Government, however, has "categorically" backed the actions of the Minister of the Interior, assuring that he has all his "trust" and that he has carried out his duties with "strict compliance with the law."

However, Alberto Núñez Feijóo's party considers that "the terrible management of this migratory crisis demonstrates the total lack of sensitivity of the Government and forces the urgent appearance of the President of the Government in the Plenary of Congress", according to the aforementioned letter.