Pons says that the "lack of protection of the victims and the legal error is so great that it is not resolved with insults but with resignations". 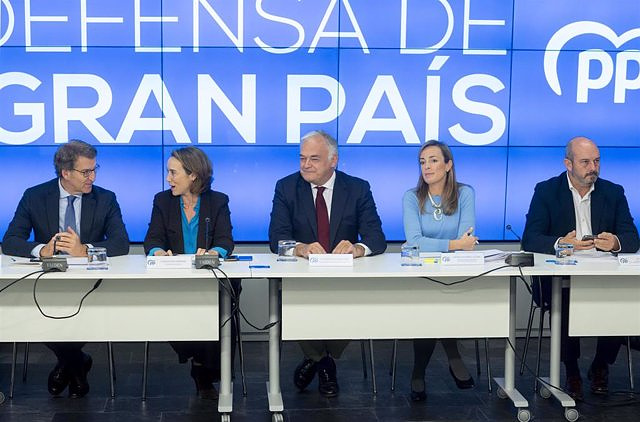 The Institutional Vice-Secretary of the PP, Esteban González Pons, recalled this Wednesday that the General Council of the Judiciary (CGPJ) warned the Government in its mandatory report that with its 'only yes is yes' law, the penalty for the crime of violation, but the Executive "ignored that warning". In his opinion, the "legal error is so big" that "it is not resolved with insults but with resignations."

This is how González Pons has pronounced after the application of the Law on Sexual Freedom, known as the 'only yes is yes' law, several courts have lowered the sentences imposed on several convicted of sexual crimes.

In a message on his official Twitter account, the PP leader stressed that the CGPJ, in its mandatory report, "warned the Government that the penalty for the crime of rape was lowered and the Government ignored the warning."

"The lack of protection of the victims and the legal error is so great that it is not resolved with insults, but with resignations. Shame, ladies," declared the 'popular' leader, a day after Equality had ruled out reviewing the norm.

In his message, González Pons spreads the point of the CGPJ report with that warning. There, it was recalled that article 179 of the Penal Code "classifies the crime of rape in identical terms to the current regulation, reducing, however, the prison sentence from six to 12 years to prison from four to ten years."

The report then added that this norm "is thus situated in line with Organic Law 11/1999, which reintroduced the traditional 'nomen iuris' violation in the Penal Code and the expansion of its field of coverage tends to adjust to the linguistic uses of society".

This Tuesday, the Deputy Secretary for Social Policies of the Popular Party, Carmen Navarro, affirmed that with the Law 'only yes is yes' "populism wins, which has managed to call aggression to what was previously abuse and the criminal who cares very little wins. It doesn't matter what the crime is called if the sentence is reduced", while the women "lose".

After the socialist part of the Government opened this Tuesday to review the law of 'only yes is yes' in the face of open controversy, the Government delegate against Gender Violence, Victoria Rosell, ruled out reviewing the rule. "It's not a problem of the law," she stressed.

This Wednesday, the Prime Minister, Pedro Sánchez, has defended the 'Only if it is yes' Law and has appealed to the sensitivity of the courts, although he has not ruled out changes either. "We are going to wait and see what the courts and the prosecution say, that they unify criteria and, from there we will see what steps to take," he explained in an appearance before the media in Bali after the closing of the G20 Summit.

‹ ›
Keywords:
PPCrímenesCGPJ
Your comment has been forwarded to the administrator for approval.×
Warning! Will constitute a criminal offense, illegal, threatening, offensive, insulting and swearing, derogatory, defamatory, vulgar, pornographic, indecent, personality rights, damaging or similar nature in the nature of all kinds of financial content, legal, criminal and administrative responsibility for the content of the sender member / members are belong.
Related News