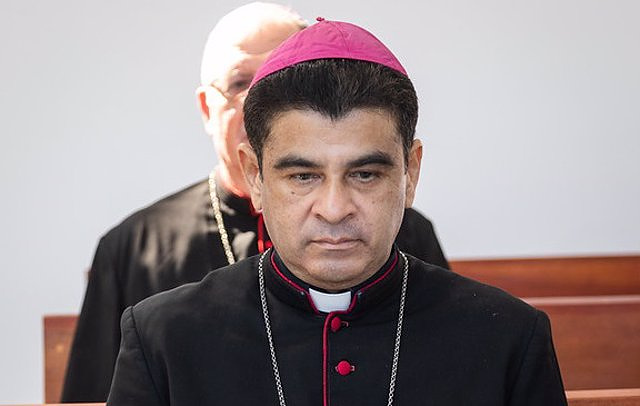 The Nicaraguan National Police announced this Friday that it has opened an investigation against high-ranking authorities of the country's Catholic Church for allegedly inciting violent acts with the intention of destabilizing the country.

"Taking advantage of their status as religious leaders, using the media and social networks, (the Church) is trying to organize violent groups, inciting them to carry out acts of hatred against the population (...) with the purpose of destabilizing the State from Nicaragua," the Police said in a statement.

Specifically, the Nicaraguan authorities have arrested Bishop Rolando Álvarez, a member of the Diocese of the city of Matagalpa, in the center of the country.

Álvarez, a critic of the Government of Daniel Ortega, denounced this Friday that the Police keep the episcopal curia of Matagalpa, where he lives, under siege for the second consecutive day.

This is the second time that the country's government has imposed a blockade on Bishop Álvarez. In May 2021, the prelate took refuge in a church in Managua, which was also besieged by the Police, the local newspaper 'Confidencial' reported.

Álvarez is one of the most critical voices within the Church with the Executive of Daniel Ortega. She recently denounced the alleged injustice of the Nicaraguan Institute of Telecommunications and Post Office (Telcor), by closing ten Catholic stations in the Diocese, arguing that they did not have permission to operate, when the same prelate had requested it since 2016.

This has not been the first confrontation between the Government of Daniel Ortega and the Church of Nicaragua. In July 2022, 18 nuns were expelled for considering the Church "oppositionist and coup supporter".

‹ ›
Keywords:
Nicaragua
Your comment has been forwarded to the administrator for approval.×
Warning! Will constitute a criminal offense, illegal, threatening, offensive, insulting and swearing, derogatory, defamatory, vulgar, pornographic, indecent, personality rights, damaging or similar nature in the nature of all kinds of financial content, legal, criminal and administrative responsibility for the content of the sender member / members are belong.
Related News