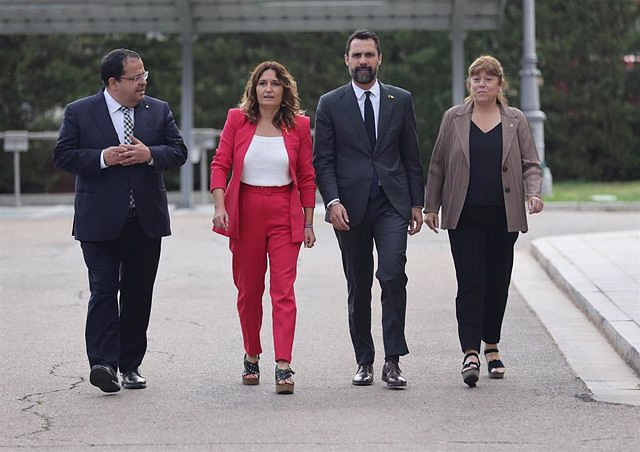 The councilors of ERC will not go to the demonstration called by the ANC on the occasion of the Day this Sunday, just like the president of the Generalitat, Pere Aragonès, have explained republican sources of the Government to Europa Press.

According to El Periódico, none of the republican heads of departments of the Catalan Executive will attend the demonstration, so the presence of the Government will be limited to the vice-president of the Generalitat and Minister of Digital and Territorial Policies, Jordi Puigneró, and the rest of councilors of Junts.

The sources already cited have assured that the ERC ministers will participate in several events for the Diada but not in the ANC demonstration because they share the same reasons that Aragonès defended for not attending and the criticism of the independence entity that the Republicans have made in the last days.

ERC considers that this demonstration goes against their party and the Government, and that, therefore, it excludes a part of the independence movement, and they defend that they are in favor of any mobilization in favor of independence but not those that are carried out "against independence supporters ".

The deputy general secretary and spokesperson for the ERC, Marta Vilalta, accused the ANC on Monday of dividing the independence movement and asked the entity to rethink the approach of the demonstration to make it more inclusive, while this Tuesday the party leader, Oriol Junqueras, He has reproached that the mobilization "goes against many independence supporters and the majority independence movement in this country."

‹ ›
Keywords:
ANCERCDiada De CatalunyaGeneralitat De Catalunya
Your comment has been forwarded to the administrator for approval.×
Warning! Will constitute a criminal offense, illegal, threatening, offensive, insulting and swearing, derogatory, defamatory, vulgar, pornographic, indecent, personality rights, damaging or similar nature in the nature of all kinds of financial content, legal, criminal and administrative responsibility for the content of the sender member / members are belong.
Related News