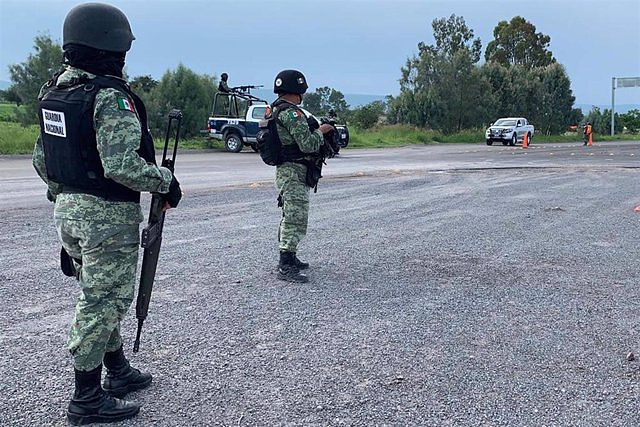 Late this Friday, the decree was published in the Official Gazette of the Federation by which the administrative and operational control of the National Guard becomes dependent on the Secretary of Defense, with which Mexico no longer has a federal police force. civil.

From now on, the National Guard Command will depend on the Secretary of Defense, and territorial coordination, state coordination and unit coordination will be below it, according to the Mexican newspaper 'La Jornada'.

In addition, the Secretary of Defense will be empowered to issue the organization manuals, procedures and strategies of the National Guard, organize the territorial distribution of its elements and propose adjustments to its organizational structure.

"The reforms effectively leave Mexico without a civilian police force at the federal level, further consolidating the already prominent role of the Armed Forces in public security in Mexico," the United Nations Acting High Commissioner for Human Rights warned on Friday. Swim to the Nashif.

The head of the UN has recalled that the militarization of the Mexican security forces "increases steadily" since 2006, but that has not translated into a decrease in crime. Instead, he denounces, there has been an increase in complaints of "serious human rights violations" by the security forces.

On the other hand, the president of Mexico, Andrés Manuel López Obrador, celebrated the approval of this legal modification on Friday. "It's the most important thing," he assured.