Scariolo: "Lithuania has a technical and physical force superior to the rivals we have had" 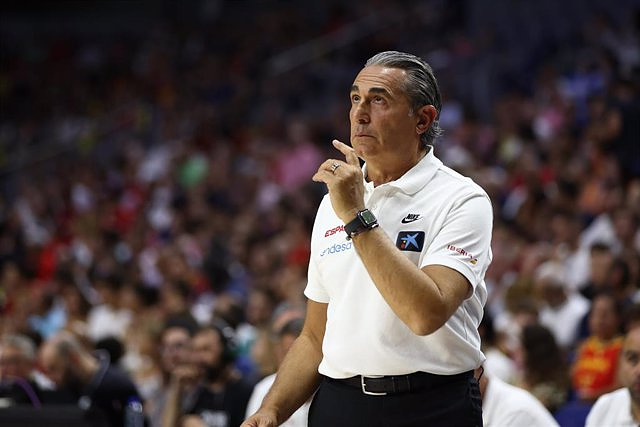 The national men's basketball coach, Sergio Scariolo, assured that he is "prepared and eager to compete" this Saturday in the round of 16 of Eurobasket 2022 that measures Lithuania, a rival that "from the beginning he expected to be among the top four " of the tournament and with "a physical and technical strength" that they have not faced up to now.

"We are ready, wanting to compete against Lithuania, which is a rival that has been in the top four of the competition since the previous start and it is a bit unusual because normally it is your turn in the semifinals and if you are unlucky in the quarterfinals, and it has played in the round of 16 despite having won the group," Scariolo stressed to the media after training in Berlin.

The Italian coach recalled that they know the "strength" of their rival, which has "a very large number of NBA players, including All-Stars, and high-level Euroleague players." "We are aware and we have prepared ourselves to try to get closer and try to compete, which is what we demand of ourselves and what we have done in abundance so far and that we would like to continue playing one more game", he pointed out.

The one from Brescia celebrated that they had "a fantastic first phase, especially for meeting all the initial objectives and exceeding expectations a little" and praised "the way" in which they have "competed and played" and "the sense of team" .

He also stressed that they have achieved that "a large number of players" have achieved "experience" for the future. "Having arrived, a very rare thing, with twelve players involved and perfectly trained," he stressed.

"Nobody has left the rotation and nobody has been below expectations, these are positive data in the face of colliding with a rival with a physical and technical strength superior to that of the rivals we have had and that is going to be a stumbling block more," Scariolo said.