Continues to reduce recourse net debt from 798 to 767 million euros. 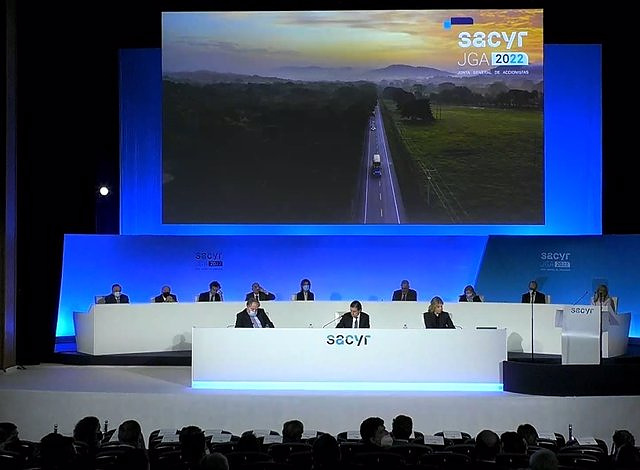 Sacyr obtained net attributable profit of 41.7 million euros in the first half of the year, which represents a growth of 3.6% compared to the same period of the previous year, accompanied by an increase in sales of 20%, up to 2,589 million euros.

As published in the National Securities Market Commission (CNMV), the gross operating result (Ebitda) was 530 million euros, 32% higher than a year ago, which raised profitability to a record figure for the company of 20.5%.

Sacyr closed the first semester with a project portfolio of 49,600 million euros, 8% more. 80% corresponds to the Concessions division, 13% to Engineering and Infrastructures and the remaining 7% to Services.

In the first place, concession assets obtained a turnover of 869 million euros, 54% higher thanks to the contribution of the new Ruta 78 highway in Chile, the commissioning of various highway sections and the good operating performance of most assets.

For its part, revenues in the engineering division reached 1,455 million euros, 13% more due to the execution of large projects in the portfolio in countries such as Chile, Colombia, USA, Peru, Uruguay or Spain, among others, that offset the impact of rising raw material prices.

In third place, turnover for Services increased by 5%, to 516 million euros, after winning new cleaning and collection contracts in Reus, Santurce, Torrejón, de Ardoz, lot 2 of Madrid Cleaning and the lots 2 and 3 of the green areas of the capital.

Between January and June, operating cash flow amounted to 284 million euros, a figure similar to that of 2021. During the first half, Sacyr sold its stake in Repsol, which meant a positive cash result of 58 million euros and a reduction of its associated debt of 563 million euros.

In this way, Sacyr fulfilled one of the objectives of its 2021-2025 strategic plan to reduce recourse debt, going from 798 million euros in net debt in March to 767 million euros at the end of June.

Likewise, after the end of the semester, Sacyr has refinanced 355 million euros of corporate debt in two tranches: 280 million in loan format with a maturity of 5 years and 75 million of a liquidity line with a maturity of 3 years and the possibility of extension for up to two additional years, which lengthens debt maturities, strengthens and simplifies the company's capital structure.

Lastly, regarding shareholder remuneration, another of the pillars of the strategic plan, Sacyr has paid two scrip dividends worth 0.115 euros per share, which represent a dividend yield of 4.8%.

‹ ›
Keywords:
Sacyr
Your comment has been forwarded to the administrator for approval.×
Warning! Will constitute a criminal offense, illegal, threatening, offensive, insulting and swearing, derogatory, defamatory, vulgar, pornographic, indecent, personality rights, damaging or similar nature in the nature of all kinds of financial content, legal, criminal and administrative responsibility for the content of the sender member / members are belong.
Related News