Real Madrid, favorite in their group against Leipzig, Shakthar and Celtic 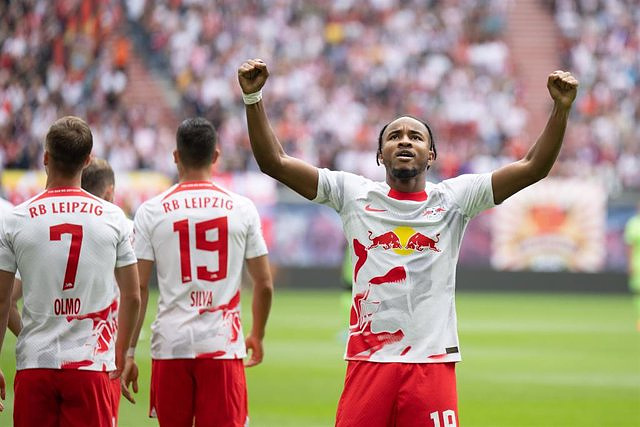 Real Madrid, current champion, will start as the main favorite to lead their 2022-2023 Champions League group, in which they will not have any theoretical contender for the title, although they will have an uncomfortable rival like the German RB Leipzig, one that already It has given him some headaches in the past like the Ukrainian Shakthar Donetsk, and an always competitive Scottish Celtic.

Carlo Ancelotti's team managed to avoid the great dangers of pot 2 of the draw at the end of August and also Inter Italian of 3 and will have a much more 'friendly' first part of the route in their defense of the title than in previous years and in order to achieve the always important first place for the first round of 16.

With its champion block, Real Madrid will try to solve this group stage without frights where the main threat comes from the always competitive German Bundesliga, RB Leipzig, a team with little continental history due to its birth in 2009, but which has been winning prominence and importance every year.

Semifinalist in the 2019-2020 season, marked by the pandemic and the 'Final 8' where they eliminated Atlético in the quarterfinals before falling to PSG (3-0), the team sponsored by the energy drink has been increasing its experience competitive and can be a 'bone' for the current champion if he is not one hundred percent.

The German team has had to deal in its last two years with rivals of the highest level, and with mixed luck. In the 20-21, he was able to leave out Manchester United and pass PSG behind, whom he beat 2-1, while he was not so lucky last year, again framed with the Parisian team and Manchester City , whom he also defeated in his stadium (2-1).

Now, Leipzig will try to return to the round of 16 and fight as much as possible for first place against Real Madrid, much more solid in recent years against their Bundesliga rivals who have historically created many problems for them, especially on German soil, although His start to the season hasn't been too bright.

The team coached by the Italian Domenico Tedesco, Cup champion last year, has only won two of its eight official matches. He lost the Super Cup against Bayern by 3-5, the first proof that he is not very fine defensively as is also shown by the 4-0 that Eintracht endorsed him last weekend.

In addition, he will face the start of the Champions League with a significant injury to one of his key pieces, the Spanish midfielder Dani Olmo who, except for surprise, will miss the first clash between the two at the Santiago Bernabéu.

This will somewhat reduce the potential of a RB Leipzig that, although it seems that it is weak at the back, has enough arguments in attack, led by the Frenchman Christopher Nkunku, a level player with a lot of goals. The striker, who has already scored six goals this season, stood out last year with 35 goals and 20 assists, 20 and 15 respectively in the Bundesliga.

At his side, the German team has two other recognized strikers on the European scene, such as Timo Werner, who has returned to the club that became known after his discreet stint at English club Chelsea, and the Portuguese André Silva, formerly of Sevilla. The Danish Yussuf Poulsen completes a good attacking list, while in midfield the Swedish veteran Emil Forsberg and the promising Austrian Domink Szoboszlai stand out.

The other two components of this Group F have less theoretical potential, but with a lot of experience in European competitions. The Ukrainian Shakhtar returns for the third consecutive year to cross paths in this first phase with a Real Madrid, which gave them quite a serious scare in the 2020-2021 season.

The Donetsk team, who have been unable to play in their stadium for a long time due to the war situation in the area and who will play at home in Warsaw, then won both games, 2-3 at the Alfredo Di Stéfano and 2-0 in kyiv, although it did not even help them qualify. Last season, the current champion took revenge, with an exhibition in kyiv (0-5) and more trouble at the Bernabéu (2-1).

The Ukrainian team, which they also defeated (4-0 and 3-4) in the group stage of 2015-2016, compared to before, has less theoretical potential for not having their usual 'Brazilian troops', with only winger Lucas Taylor after the exodus caused by the Russian invasion. Shakthar, which has been able to resume its league at the end of August, is made up of international Ukrainian footballers, with, in addition to Taylor, the Burkinabe Lassana Traoré and the Croatian Neven Djurasek as foreigners.

The group is completed by Scottish Celtic Glasgow, with whom Real Madrid have not seen each other since the exciting quarterfinals of the European Cup, with the Madrid comeback at the Bernabéu where they won 3-0 to lift the 2 -0 of the first leg.

Despite the fact that the Catholic team has won five of the last six leagues in their country, a domain that Rangers broke in 20-21, they have not played a group stage of the continental competition since 2017-2018, when it was only capable of winning a match, against Anderlecht in Brussels (0-3).

However, Scottish football is trying to regain prominence and after Rangers' Europa League runners-up last season, they have managed to get their two main teams through to the group stage this year. His always seasoned football and the encouragement of Celtic Park will be the main weapons of Ange Postecoglou's team, without big stars although with Joe Hart in goal and the Israeli Liel Abada as the greatest offensive danger.