Police capture an alleged leader of the Clan del Golfo in Chocó, Colombia 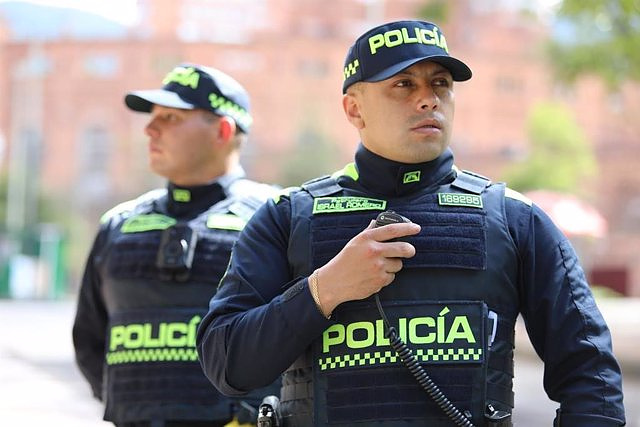 Members of the Directorate of Criminal Investigation and Interpol of the Police (Dijín), in coordination with the National Army and the Colombian Attorney General's Office, have managed to capture this Thursday an alleged leader of the Clan del Golfo in the municipality of Condoto, in the Colombian department of Chocó.

"The captured, presumably, would be in charge of leading criminal activities related to selective homicides and extortion in Condoto and in surrounding areas," the Colombian Police stressed, adding that the man has been brought to the disposal of the Prosecutor's Office, as reported by ' Week'.

"In the jurisdiction of commune 18, located on Carrera 81 with Calle 5, patrolling, we observed a citizen who was moving on a red motorcycle with a suspicious attitude. We signaled him to stop, but he ignored and undertook the flight", have indicated some police reports after the operation that has allowed the alleged ringleader to be captured.

The detainee had in his possession ten mortar grenades when he was captured. This type of ammunition is the one that was allegedly used in the terrorist attack against a station in the department of Cesar last Tuesday night and in which three uniformed officers were injured. .

The alleged ringleader has been arrested for crimes of homicide, arms trafficking, and for being the alleged perpetrator of the murder of Jonathan Darío Saldarriaga on March 19 in Condoto.

The Colombian government announced this Thursday security measures against a possible "armed strike" by the Clan del Golfo in Sucre, Bolívar, Córdoba, Antioquia and César.

The Colombian Defense Minister, Diego Molano, has warned that the Clan del Golfo is planning an "armed strike" and, therefore, has announced "the arrival of 800 men in these departments, specifically so that they can be present in the most affected, to contribute to the prevention and protection of police facilities", as reported by the Colombian newspaper 'El País'.

Likewise, Molano has specified that 350 men from the Army will arrive from Friday, especially to the south of the department of Cesar and the south of Bolívar, and from the Marine Infantry there will be 650 additional men, who will work in Mojana Sucreña and in the Montes de Maria.

On the other hand, the person in charge of the Defense portfolio has reported a reward of up to 500 million pesos - about 110,000 euros - for information leading to the capture of 'Chirimoya', 'Champeta', 'Veterino', ' Ricardo' or 'Zapata', 'Jerónimo' or 'Tigre' and 'Manatí', members of the Clan del Golfo and material and intellectual authors of the criminal acts against the Security Forces.