North Macedonia hands over planes and tanks to Ukraine 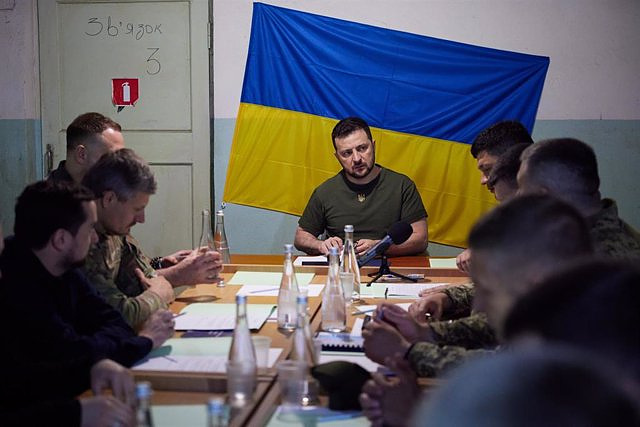 The adviser to the Ukrainian Presidency Mijailo Podoliak has confirmed this Saturday the delivery to Ukraine of fighter planes and tanks by North Macedonia.

"You know friends when there's trouble. It doesn't matter the size of your country or your GDP, what matters is the heart you have. Many nations today show more courage than half of the G-20. Like North Macedonia, that shouldered Ukraine with tanks and planes. We will never forget it," Podoliak wrote on Twitter.

The Macedonian portal mkd.mk has published that the country has delivered back to Ukraine four Su-25 fighter jets that it bought in 2001 for four million euros.

These are three single-seater aircraft and one two-seater that carried out several infantry support flights during the counteroffensive against the Albanian militias.

The Macedonian Ministry of Defense declared in the spring of 2003 that the country no longer needed these fighters and in 2004 they were placed in reserve. Now they have been sent back to the Ukraine.

‹ ›
Keywords:
MacedoniaUcrania
Your comment has been forwarded to the administrator for approval.×
Warning! Will constitute a criminal offense, illegal, threatening, offensive, insulting and swearing, derogatory, defamatory, vulgar, pornographic, indecent, personality rights, damaging or similar nature in the nature of all kinds of financial content, legal, criminal and administrative responsibility for the content of the sender member / members are belong.
Related News