Meet Lorenzo Brown, the new base of the Spanish team 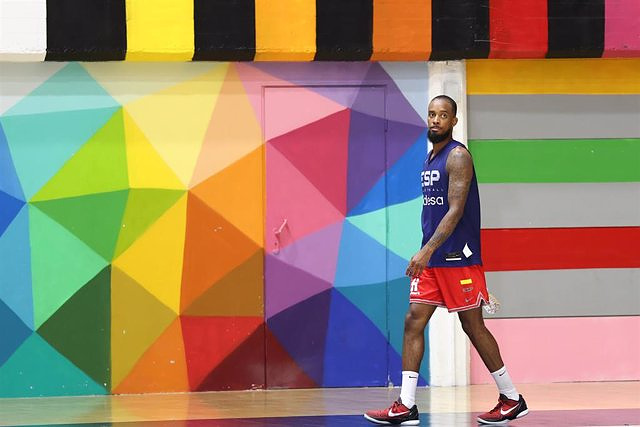 Point guard Lorenzo Brown is undoubtedly one of the great novelties of the Spanish team ahead of Eurobasket 2022, a recently nationalized player who has generated a lot of controversy as he has no previous link with the country, but who is already part of Sergio's team Scariolo in what he himself has defined as the opportunity of his life, for which he has had to give up his American passport.

Lorenzo Brown, 30 years old and 1.98 tall, has carved out his career on three continents and five countries. He is a point guard who has also acted as a shooting guard at some point in his career, with a good vision of the pass, used to handling the ball and with good scoring ability thanks to his athletic condition, although somewhat irregular from the three-point line .

He is a self-made player who has had a long career in various countries until reaching this point, international with Spain and one of the most important signings of Maccabi Tel Aviv to try to attack the Euroleague next season.

Brown was chosen in the second round of the 2013 NBA Draft, which also included players such as the Greek Giannis Antetokounmpo or the Spanish Álex Abrines. He was drafted 52nd overall by the Minnesota Timberwolves, who fired him before the season began.

He then joined the Philadelphia 76ers, where he had his NBA experience, a league in which between 2013 and 2019 he alternated stays in other franchises such as the Minnesota Timberwolves, Phoenix Suns and Toronto Raptors, with periods in the development league.

Precisely thanks to having been MVP of the development league in the 2017/18 season with the Raptors 905, it earned him a contract with the Canadian franchise, with whom he played 38 games in total. There he met Sergio Scariolo, assistant coach at the time of the Raptors, champions of the 2018-2019 campaign, although Brown was only part of the squad until January.

The game director also tried his luck in China, where he played for both Zheijiang Golden Bulls and Guangzhou Long Lions. There the player exploited his scoring facet, registering 24 and 25.3 points on average per game respectively, the best figures of his career.

In 2019 he made the leap to Europe, where he has played the last three seasons in the ranks of Red Star, Fenerbahçe and UNICS Kazan, where he has been the last year. In all three cases he played the Euroleague.

Since he arrived on the Old Continent, Lorenzo Brown has always exceeded 10 points per game and has been around five assists, one of the qualities that Scariolo appreciates the most, although it was at UNICS, under Velimir Perasovic where he was signing their best numbers, cut by the expulsion of the Russian teams due to the conflict with Ukraine.

Thus, 13.75 points and 6 assists were his continental averages in 24 games, with special mention to his two games against Barça, who had 27 points, 9 assists and 7 rebounds in the 111-109 defeat at the Palau, and 22 goals and 8 assists in the victorious rematch in Russia by 70-64. He was chosen 'MVP' of the eleventh day of the maximum continental competition.

Now, he has signed for Maccabi Tel Aviv as part of his ambitious project for next season, and he is joining the Spanish team to try to fill the void left by Ricky Rubio's injury and Sergio Rodríguez's retirement from the national team. Theoretically, the starting point guards should be Sergio Llull or Brown will be the starting point guard for Scariolo, a player who can run the game and score or assist when needed.