Ratifies its intention to continue developing the Strategic Plan, despite the "complex and uncertain" environment. 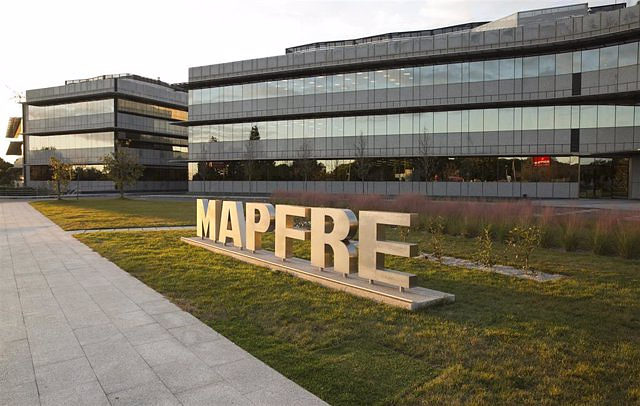 Ratifies its intention to continue developing the Strategic Plan, despite the "complex and uncertain" environment

Mapfre recorded a net profit of 338 million euros during the first six months of this year, which represents a decrease of 7.3%, as a result of the increase in the loss ratio derived from the current scenario of high inflation worldwide, as well as as well as the increase in mobility after the removal of restrictions by Covid-19.

Likewise, premiums increased by 7.3% during the first half of this year, reaching 12,510 million euros, especially highlighting the evolution of the Non-Life business (with growth of 8.1%), thanks to the improvement of the Automobile and General Insurance businesses.

This is the largest semi-annual volume in premiums in the last five years despite the economic context of the period, as reported by the insurer, which ratifies its intention to continue developing the Strategic Plan presented at the general meeting of shareholders, despite the "complex" environment and uncertain."

The group's income in the first six months of the year amounted to 14,807 million euros, which represents an increase of 5.1% compared to the same period of the previous year.

Iberia, which continues to be the region that contributes the most to the group's profit, stands out for the good evolution of general insurance, which makes it possible to compensate for other lines, such as Auto, which register a greater impact of inflation and claims.

For its part, Mapfre RE (reinsurance business and global risks) contributed a "remarkable" growth in premiums of 13.9%, despite the fact that its profit has been conditioned by the 51 million in claims caused by the drought in the Parana basin.

Likewise, according to the entity, the "strong" restructuring of the business undertaken in recent quarters in Assistance allows this unit to contribute, thanks to the sale of operations, 8 million euros to the group's profit.

Mapfre has highlighted the reduction in the accident rate derived from Covid-19, with a cumulative impact in 2022 of 73 million euros (of which only 27 million correspond to the April-June period). However, the return to normality after the elimination of mobility restrictions has translated into an increase in the accident rate in the Motor line in practically all markets.

The combined ratio at the end of June stood at 98.3%, with an increase of 3.2 percentage points, as a result of the aforementioned increase in automobile accidents, together with high inflation worldwide, which affects the price of the average cost of the benefits of the different lines of business.

The group's attributable equity at the end of the first half of 2022 amounted to 7,629 million and total assets amounted to 63,052 million euros.

The group's own funds are reduced, mainly due to the decrease in the value of fixed-income securities due to the increase in interest rates. However, geographical diversification, according to the insurer, makes it possible to reduce this impact with 412 million euros from conversion differences.

Investments, meanwhile, amount to 42,213 million euros, of which half correspond to sovereign fixed income.

Likewise, the equity of pension funds stood at 5,617 million euros at the end of June, while that of investment funds and others amounted to 5,245 million euros.

The Solvency II ratio as of March 2022 stood at 205.3%, with 88.1% of the highest quality capital (tier 1). "This ratio reflects the great solidity and stability of Mapfre's balance sheet, with a prudent balance sheet approach and active investment management," highlights the insurer.

‹ ›
Keywords:
Mapfre
Your comment has been forwarded to the administrator for approval.×
Warning! Will constitute a criminal offense, illegal, threatening, offensive, insulting and swearing, derogatory, defamatory, vulgar, pornographic, indecent, personality rights, damaging or similar nature in the nature of all kinds of financial content, legal, criminal and administrative responsibility for the content of the sender member / members are belong.
Related News