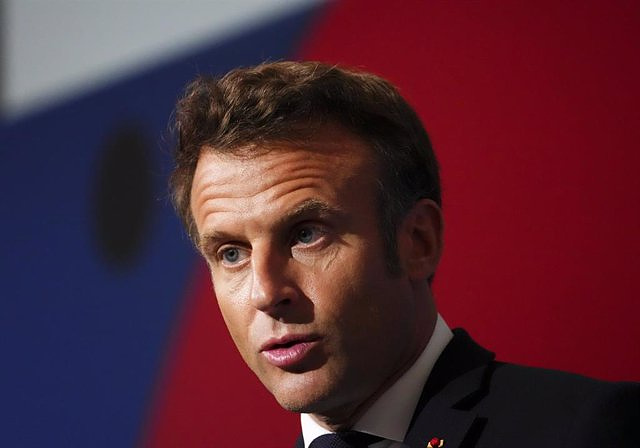 The President of France, Emmanuel Macron, has trusted this Friday that he can find "very pragmatic" agreements to "remove the energy isolation" of the Iberian Peninsula with the presidents of Spain and Portugal, Pedro Sánchez and Antonio Costa, when they travel to Paris in the coming days, despite maintaining its reserves for the Midcat gas pipeline project.

"I will see President Sánchez and Prime Minister Costa in a few days in Paris and we will find three very pragmatic agreements. Because that is how things are done that are done well, European style," Macron settled at a press conference in Prague at the end of the informal summit of European Union leaders.

Macron has defended that France is in favor of interconnections and "a united Europe", but has questioned whether the Midcat project, a project that "crosses the Pyrenees through a protected area" is the best or "coherent" option. with the climate agenda and the protection of biodiversity.

Spain seeks to recover the defense of this project from the energy crisis after the Russian invasion of Ukraine and has added as an ally the support of the German Chancellor, Olaf Scholz, who this week asked, together with Sánchez, that the Midcat be operational in 2025.

However, the French president wanted to make it clear that this is not an issue in which Berlin should intervene: "To put an end to the ambiguities, it is a gas pipeline that passes through the Pyrenees between Spain and France, so there is no It's a matter of disagreements between Germany and France, unless I've missed something."

"Behind there are strategies that consist of saying that we have to diversify gas very quickly, it is true and we do it. But we must all reflect on whether it is the best way to do it in the middle of the Pyrenees in a protected area," he insisted.

For this reason, Macron has advocated working for an objective that is "to go to the end of removing the Iberian Peninsula from isolation in terms of gas, hydrogen and electricity" and this by attending in the coming years to "the mechanisms that are most important and the paths that are most pertinent".

‹ ›
Keywords:
ParísPedro SánchezPortugal
Your comment has been forwarded to the administrator for approval.×
Warning! Will constitute a criminal offense, illegal, threatening, offensive, insulting and swearing, derogatory, defamatory, vulgar, pornographic, indecent, personality rights, damaging or similar nature in the nature of all kinds of financial content, legal, criminal and administrative responsibility for the content of the sender member / members are belong.
Related News