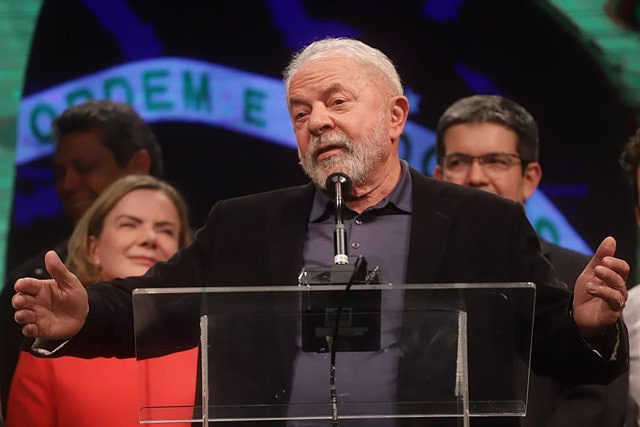 Jair Bolsonaro and Luiz Inácio Lula da Silva will finally dispute the Presidency of Brazil on October 30, one of the scenarios contemplated for tighter elections than expected, according to what the polls had been predicting, so much so that the results of this first round are already the tightest since Brazil returned to the path of democracy with the 1989 elections.

As the results of this first confrontation between Lula and Bolsonaro have shown, the polarization of the Brazilian people not only continues but also leaves two antagonistic proposals more even than might be expected. The Brazilian president has broken all predictions and has obtained 43.3 percent of the votes by 48.2 percent of his rival, a difference of 5.1 points.

You have to go back to 2006 to find a first round as close as this weekend's. On that occasion, Lula went to the second round after obtaining 48.6 percent of the votes together with his current vice-presidential candidate, Geraldo Alckmin, who won 41.6 percent of the support.

With almost one hundred percent of the votes counted, it is already known that Lula has prevailed in fourteen Brazilian states and has won the confidence of the foreign vote, while Bolsonaro won in twelve states, including Sao Paulo and Rio de Janeiro, as well as like in Brasilia.

Shortly after the results were known, Lula pointed out that the day of October 30 is nothing more than an "extension" until he is able to return to the Planalto Palace, although he has acknowledged that during this period he will have to "talk more with people " faces the issue as a way to "mature" its proposals.

"I had planned to win in the first round, take three days off, it's a little honeymoon, but I'll have to wait for October 30," said the former Brazilian president. "Unfortunately for some, I have 30 more days of the campaign (...) It is the second chance that the Brazilian people are giving me," he celebrated.

"I have never won an election in the first round. All the ones I have run for have been in the second round. The important thing is that the second round is an opportunity for you to mature your proposals and your conversation with society," said Lula, who has already advanced conversations with his "adversaries" and "friends".

The allusion is clear to a third way that has left him without victory in the first round. Simone Tebet has been one of the surprises of the election day after achieving four percent of the votes and becoming the third option among Brazilians to the detriment of the other candidate, Ciro Gomes.

The senator and candidate of the Brazilian Democratic Movement (MDB), who already in the campaign stated that she would support "democracy" in a second round, has explained that before announcing her position she must consult with the leaders of the parties of her alliance, the Parido of the Brazilian Social Democracy (PSDB), Cidadania and Podemos.

In this line, Gomes has manifested himself, who has asked for time before announcing who he will support in the second round. The candidate of the Democratic Labor Party (PDT), who has been criticized for the belligerence shown towards his former ally Lula, has expressed feeling "deeply concerned" about the political panorama in Brazil. "I have never seen a situation so complex, so challenging," he has said.

For his part, Bolsonaro has recognized that the results are a sign that the Brazilian people aspire to change, but has warned that "there are certain changes that can be worse."

"I understand that there have been many votes for the condition of the Brazilian people, who felt the increase in products. We have tried during the campaign to show that other side, but it seems that it has not reached the most important layers of society," lamented the Brazilian president, who has also reached out to Tebet and Gomes.

"We have a second round ahead where everything is the same again (...) Now we are going to explain better to the Brazilian population, especially to the most affected classes," Bolsonaro announced.