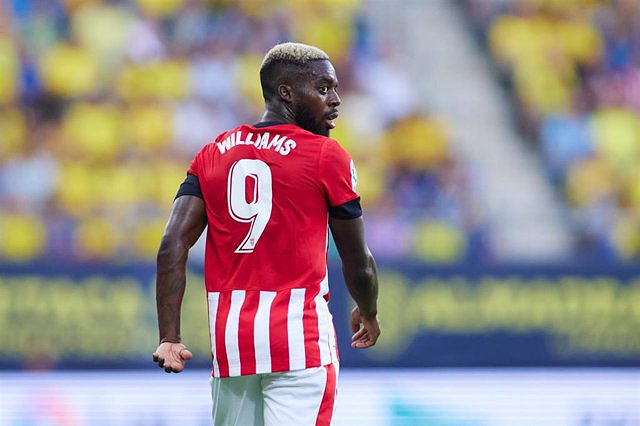 Court No. 2 of First Instance of Cornellá de Llobregat has transferred to the Public Prosecutor's Office and to LaLiga, as an accusing party, the preliminary proceedings and proceedings so that they can request the opening of the oral trial against those allegedly guilty of uttering racist insults to the judge of Athletic Club Iñaki Williams, according to the employer's association in a statement.

In the note, LaLiga reported that it was the competition that denounced at the time the alleged racist insults against Williams before the Prosecutor's Office, which has now formulated an indictment requesting the opening of an oral trial.

The events took place on January 25, 2020, during the match between Espanyol and Athletic Club, at the RCDE Stadium. "In the 69th minute, while Iñaki Williams was retiring for one of the ends, several fans shouted racist cries," LaLiga said in his statement.

After what happened and the employer's complaint, the Mossos de Esquadra, at the request of the Prosecutor's Office, began an investigation that led, after identifying those responsible, to a complaint by the Public Prosecutor's Office against the alleged perpetrators of the insults, for a crime of hate and discrimination.

Now, Court No. 2 of First Instance of Cornellá de Llobregat issued an order to open an oral trial against the accused. During the investigation, Iñaki Williams himself appeared in court to give a statement and ratify the "regrettable acts to which he was subjected".

This is not the first time that LaLiga denounces this type of incident. In the case of the Real Madrid player Vinicius Júnior, the employers filed complaints similar to that of the case of Iñaki Williams for the shouts he received in the 'Clásico' at the Camp Nou on October 24, 2021 and against Mallorca, on October 14. March 2022 at the vermilion stadium.

For his part, Nico Williams, an Athletic player, received some racist shouting on March 13, 2022 at the Benito Villamarín, an episode that was also the subject of a complaint by LaLiga. And finally, he acted in the same way in the case of the then Cádiz soccer player Carlos Akapo, victim of the same events at the Los Cármenes Stadium on February 28, 2022.

‹ ›
Keywords:
Racismo
Your comment has been forwarded to the administrator for approval.×
Warning! Will constitute a criminal offense, illegal, threatening, offensive, insulting and swearing, derogatory, defamatory, vulgar, pornographic, indecent, personality rights, damaging or similar nature in the nature of all kinds of financial content, legal, criminal and administrative responsibility for the content of the sender member / members are belong.
Related News