Nahuel Molina: "I have seen the team very well in attack and defense". 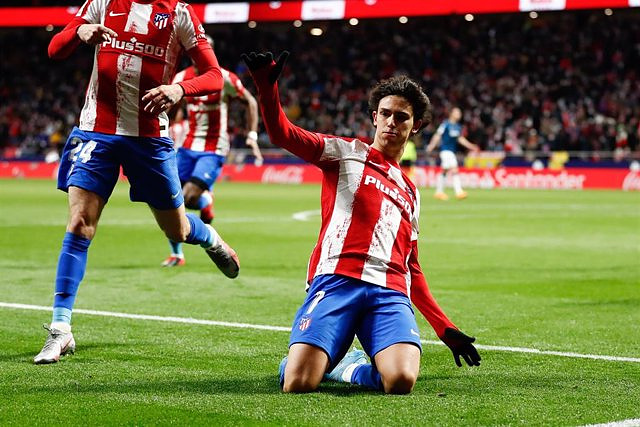 Nahuel Molina: "I have seen the team very well in attack and defense"

The Portuguese attacker of Atlético de Madrid Joao Félix recognized this Saturday, after giving victory (1-0) to the mattress team this Saturday against the English Manchester United, the preparation that he is following in preseason, which allows him to be "almost one hundred for one hundrerd".

"I'm getting my best form, I haven't played for a long time. I finished the season injured, but I'm training hard to help the team. I'm almost one hundred percent now," the Portuguese told the official media of the rojiblanco club that collects Europe Press.

Joao Félix missed the first preparation test against Numancia, although this Saturday he saved his team from a draw against the 'Red Devils'. "I see the team very well, with the joy of playing and doing things well to have a very good season," he said of the expectations of a "united" locker room.

NAHUEL MOLINA: "I HAVE SEEN THE TEAM VERY WELL IN ATTACK AND DEFENSE"

For his part, Atlético's latest signing Nahuel Molina made his debut this Saturday as a starter. "I have seen the team very well in attack and defense. It is a privilege to wear this shirt. I am very excited about what is to come in the season", he explained.

The Argentine winger recognized the good reception from the locker room since his arrival from Udinese. "They received me very well, I'm very comfortable. I hope day by day to be able to get to know my teammates much better and give my best on the field. Luckily, the victory was also given," he concluded.