Criticizes ERC's attitude in the budget negotiation as "desperate passivity". 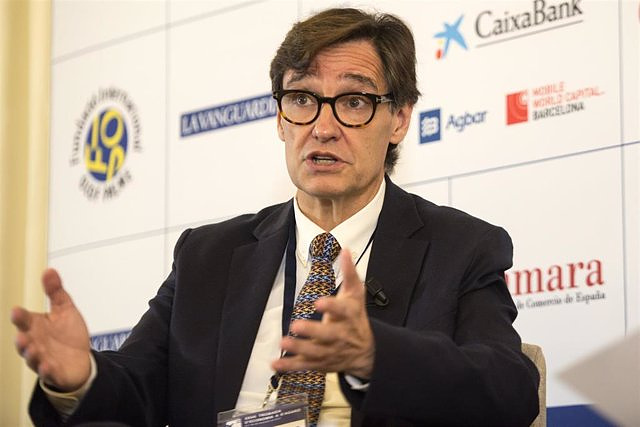 Criticizes ERC's attitude in the budget negotiation as "desperate passivity"

The first secretary of the PSC, Salvador Illa, has considered that the reform of the crime of sedition announced on Thursday by the Prime Minister, Pedro Sánchez, is a "right and brave" decision.

He has said verbatim that a repeal of the crime does not imply decriminalizing anything, since the crime of rebellion is still in force, as well as other mechanisms such as article 155, to which he has maintained: "Neither amnesty, nor decriminalization, nor anything."

Asked about a tripartite future in Catalonia, Illa has stated that she is not giving up "a Government alone from the PSC", and has defended that, although it seems somewhat risky, it is not impossible.

He has also pointed out that in Catalonia "stories are being broken", although he does not see that the independence process has ended because he considers that there are still issues that must be overcome, in his words, in Catalan society.

On the other hand, he has branded the ERC's attitude in the negotiation of the Budgets for the Generalitat for 2023 as "desperate passivity", a negotiation that has not yet begun, he stressed.

He said this this Saturday in the session 'Catalonia: present and future' at the XXVII Economics Meeting in Castell-Platja d'Aro (Girona), in which he lamented that for the moment "there have been contacts but no negotiation" about Catalan accounts.

He has asserted that "the moment requires all administrations to have approved budgets", and that it is a request that his party has been asking for since the end of August.

Illa has maintained that when there is a negotiation on the budget "it will be demanding and it will not be clandestine".

When asked if she thinks that in Catalonia there are too many own taxes, Illa has defended that "this is not the time to touch taxation", although she assures that Europe is moving towards a much more homogeneous taxation area.

‹ ›
Keywords:
Pedro SánchezPSCSalvador Illa
Your comment has been forwarded to the administrator for approval.×
Warning! Will constitute a criminal offense, illegal, threatening, offensive, insulting and swearing, derogatory, defamatory, vulgar, pornographic, indecent, personality rights, damaging or similar nature in the nature of all kinds of financial content, legal, criminal and administrative responsibility for the content of the sender member / members are belong.
Related News