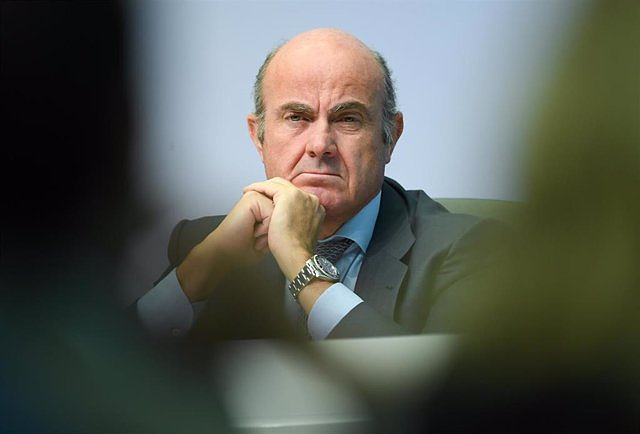 The Vice President of the European Central Bank (ECB), Luis de Guindos, insisted on Monday that the fiscal policy of European governments should not be expansionary due to the effect it would have on inflation, counteracting the efforts being made by the monetary authority by raising interest rates.

"The margin of economic policy is not what we had during the time of the pandemic. On the one hand, we find higher inflation, which conditions the direction of monetary policy. Fiscal policy cannot be the one that It was at that time, the famous 'whatever it takes' for fiscal policy", Guindos stressed during his speech at an event organized by Banco Sabadell.

"We also find ourselves in a situation of enormous uncertainty with the slowdown in economic growth. And therefore [about] the business sector, we believe that there will be specific segments in which solvency may be affected in the euro zone ", has added the vice president of the ECB.

In this sense, the former Spanish minister has indicated that governments can carry out a certain expansion from fiscal policy, but believes that the measures must be selective and focused on the vulnerable segments of the population that are suffering from inflation and the 'shock ' energetic.

In addition to the effects on inflation, Guindos considers that another large pan-European package of expansionary fiscal policy is not possible, since the ratios of debt to gross domestic product (GDP) have increased by 20 percentage points compared to ago two years.

"There is also a very significant deterioration in public deficits that cannot continue forever. That is why I am referring to the selectivity [of fiscal policy], it can be via taxes or via public spending, but always selective," Guindos added.

Asked about the tax on bank profits that the Spanish government has raised, Guindos has avoided speaking out because the Executive has not asked for the opinion of the ECB and, in any case, the body would have to examine the proposal in detail.

In any case, Guindos has recalled that the general approach of the ECB is that this type of tax measures do not affect the cost of financing, or the granting of credit or the solvency of the sector.

‹ ›
Keywords:
BCEDe Guindos
Your comment has been forwarded to the administrator for approval.×
Warning! Will constitute a criminal offense, illegal, threatening, offensive, insulting and swearing, derogatory, defamatory, vulgar, pornographic, indecent, personality rights, damaging or similar nature in the nature of all kinds of financial content, legal, criminal and administrative responsibility for the content of the sender member / members are belong.
Related News