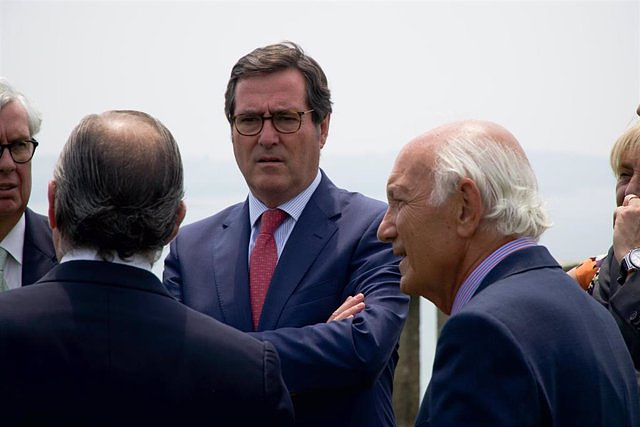 The president of the CEOE, Antonio Garamendi, has accused the second vice president and Minister of Labor, Yolanda Díaz, of "campaigning" with his "wrong" proposal to cap prices.

In an interview granted to ETB2, Garamendi has carried out an analysis of the current economic panorama to affirm that "curves are coming", and has highlighted that a conjunctural part, key to understanding this situation, "is the effect of the invasion of Ukraine".

In this sense, he referred to Díaz's proposal to cap prices and pointed out that "if by chance any company, also from the Basque Country, sits down to talk about the price, the Police will come" because "it is prohibited".

For the president of the CEOE, it is "very little responsible that a person, who also holds the position he holds, launches these ideas and is more in politics and in campaign than in his responsibility." "I think the second vice president is making a mistake. The electoral campaigns have to be every twenty days, and now they last for years and don't stop," he reproached.

Finally, he considered that the Basque Country is in a "better than other territories" position of the State due to "the industrial approach" that it maintains.

‹ ›
Keywords:
CEOEYolanda Díaz
Your comment has been forwarded to the administrator for approval.×
Warning! Will constitute a criminal offense, illegal, threatening, offensive, insulting and swearing, derogatory, defamatory, vulgar, pornographic, indecent, personality rights, damaging or similar nature in the nature of all kinds of financial content, legal, criminal and administrative responsibility for the content of the sender member / members are belong.
Related News