He hopes that the Government "rectifies" to advance on the path that Europe "points out". 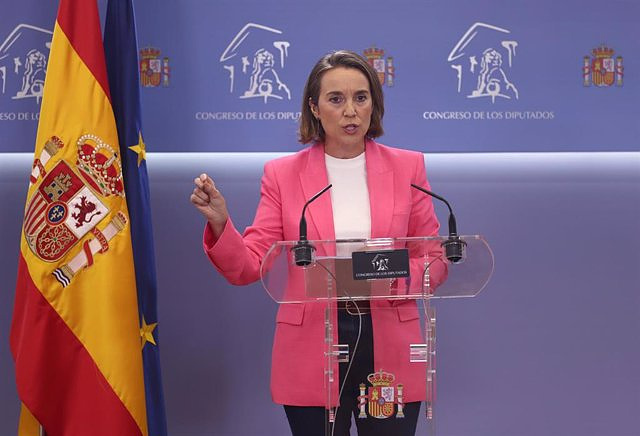 The general secretary of the PP, Cuca Gamarra, has blamed this Thursday the head of the Executive, Pedro Sánchez, of having "blocked" the General Council of the Judiciary (CGPJ) with his 'express' reform and has assured that the ball is "in its roof", after it has not responded to the judicial proposal of Alberto Núñez Feijóo to advance in more independence of Justice.

In an interview on RNE, which has been collected by Europa Press, Gamarra has indicated that it would be "good if the renewal of the CGPJ was resolved as soon as possible". "We have that willingness to do it and that is why we have sent that letter," she declared when asked if there could be an agreement before the elections.

Of course, he has highlighted that now "the ball is in the hands of the PSOE and Pedro Sánchez". "I hope they rectify and are willing to start down this road. It won't be for us," said the 'popular' leader, who has emphasized that they must "make an effort" to resolve this situation.

After the president of the Supreme Court and the CGPJ, Carlos Lesmes, threatened to resign if there is no renewal, Gamarra has said that they listened to him "attentively" and that is why that same day they sent a letter to the Government expressing their "maximum availability " to carry out "a renewal in accordance with the independence and professionalism that all those who make up the CGPJ must treasure". In his opinion, it is a matter of following the path that Europe points out.

As for whether he believes that an agreement with the Government in this time of electoral discount can punish the PP, he has pointed out that they are a state and government party that "puts Spain before itself" and that makes decisions "always thinking of the general interest and for the good of Spain".

When asked about the agreement to renew the CGPJ reached by the previous leadership led by Pablo Casado and if it can be rescued, she explained that "there was no agreement, beyond a document in relation to a specific reform."

That said, he has indicated that you have now transferred to the Executive a "very sensible" proposal that moves towards more judicial independence, so that "judges elect judges, a" greater professionalization of the Judiciary "and avoiding" revolving doors They are a real scandal."

"We have not received any response. The Government has that there and we are very willing to talk, dialogue and, above all, comply with what Europe is demanding of us, which is that the judges choose the judges," he proclaimed.

The also spokeswoman for the Popular Group in Congress has pointed out that talking about names "is not the way to deal with this matter" and the experience of the people who are going to occupy that high responsibility in Justice must be taken into account. "We must protect and guarantee the separation of powers and that is why they need to go down that path," she added.

However, he has complained that the PSOE "the only thing that matters is putting names" on the table and who will be in the Constitutional Court. In addition, he has pointed out that he is "blocking the day to day of Justice" in Spain with his 'express' reform for the General Council of the Judiciary because it "removed powers" from them to make appointments to chambers and courts. In his opinion, that reform is "unconstitutional" and that is why they have taken it to the TC.

‹ ›
Keywords:
FeijóoPedro SánchezPPCGPJ
Your comment has been forwarded to the administrator for approval.×
Warning! Will constitute a criminal offense, illegal, threatening, offensive, insulting and swearing, derogatory, defamatory, vulgar, pornographic, indecent, personality rights, damaging or similar nature in the nature of all kinds of financial content, legal, criminal and administrative responsibility for the content of the sender member / members are belong.
Related News