Frenkie de Jong does not travel to Milan for Inter-Barça 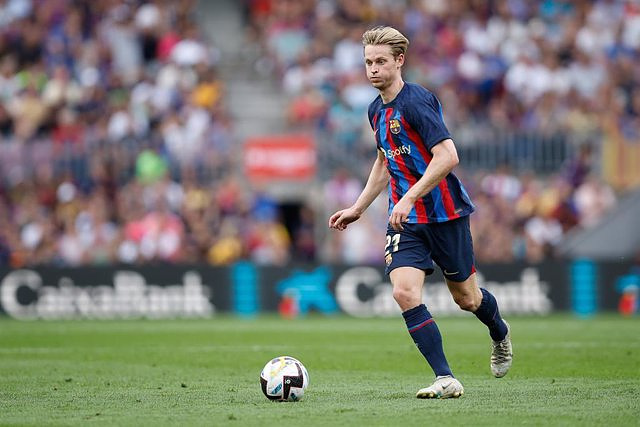 FC Barcelona's Dutch midfielder Frenkie de Jong will not travel to Milan to face Inter on Tuesday, on matchday three of the Champions League, as he did not recover from his injury in time.

In this way, De Jong, who suffered an elongation in the semitendinosus of the left thigh, as notified by Barcelona last Monday, has not entered Xavi Hernández's call for the transcendental duel in 'Champions'.

The Dutchman has been the great doubt of the Catalan team during the week, although he will finally stay in Barcelona along with Koundé, Araujo and Memphis -all of them injured in the international team break-, and Héctor Bellerín. The great novelty of the list is Marc Casadó from the subsidiary.