Fernando Alonso: "On Saturday I would not have imagined being sixth" 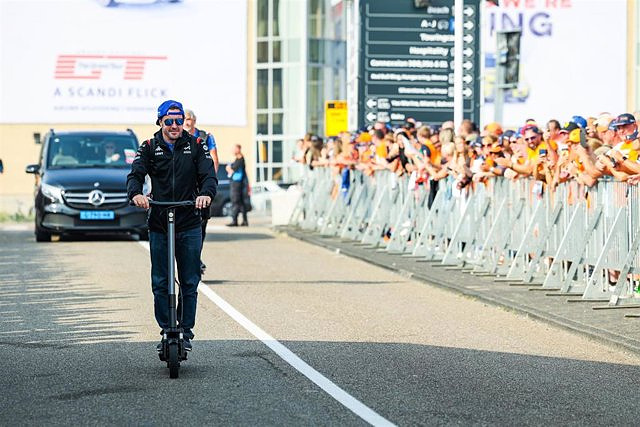 The Spanish driver Fernando Alonso (Alpine) has acknowledged that he "would not" have "imagined" his sixth final position this Sunday at the Dutch Grand Prix on Saturday, where after getting "boxed" at the start he has known how to respond and " endure" the harassment of the cars behind to score points for the tenth consecutive date.

"We expected to get into the points, but after the start, in which I was a bit boxed in from the outside, I thought it was going to be difficult. First we overtook the AlphaTauri on the track, we stopped very soon on the hard ones and we had to squeeze them as much as possible," he acknowledged in statements to DAZN.

However, the Asturian explained that the final stretch had "a set of new softs" that came "very well". "Then the last 'safety car' was bad for us, because everyone stopped and put on cooler tires than ours. I was afraid for Norris and for Esteban -Ocon-, but in the end we managed to hold on. Being sixth we would not have imagined it yesterday," he said.

In another order of things, the two-time world champion was very pleased to have completed ten consecutive races scoring points. "I said in Barcelona that I hoped to find a good run and do at least ten consecutive races in the points, so I'm a bit scared at Monza. Let's see if we can do 11 or 12," he joked.

‹ ›
Keywords:
Fernando AlonsoFormula 1Países Bajos
Your comment has been forwarded to the administrator for approval.×
Warning! Will constitute a criminal offense, illegal, threatening, offensive, insulting and swearing, derogatory, defamatory, vulgar, pornographic, indecent, personality rights, damaging or similar nature in the nature of all kinds of financial content, legal, criminal and administrative responsibility for the content of the sender member / members are belong.
Related News