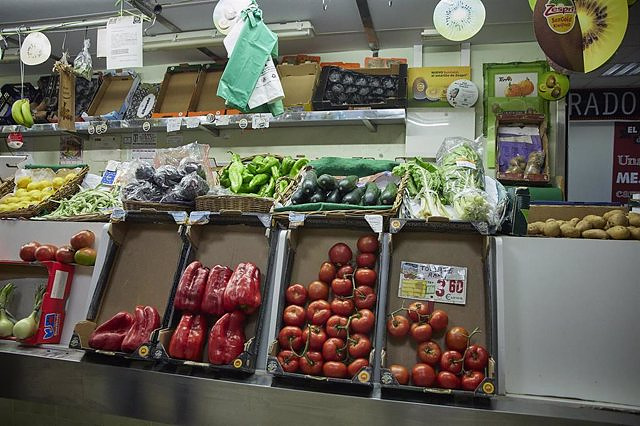 Facua-Consumers in Action has demanded that the Government act in the face of the large increases that are taking place in basic products by setting maximum prices or caps on marketing margins, as allowed by the trade law, if the distribution sector does not cut its "disproportionate" margins.

This has been revealed after the meeting held with the second vice president, Yolanda Díaz, and the Minister of Consumer Affairs, Alberto Garzón, which was attended by consumer associations, the Council of Consumers and Users (CCU) and distribution employers .

At the meeting, Facua's representative recalled that in article 13, relating to freedom of prices, Law 7/1996, of January 15, on the Regulation of Retail Trade, establishes that "the State Government, after hearing affected sectors, may set the prices or marketing margins of certain products, as well as subject their modifications to control or prior administrative authorization".

A capacity that is foreseen in several cases, among them, according to Facua, "when it comes to essential products or strategic raw materials" and "exceptionally and while the circumstances that advise intervention persist, when, in a certain sector, there is an absence of effective competition".

Facua has warned that after electricity and fuel, the rise in food prices is causing a situation "inadmissible and unaffordable for many families who cannot access a complete and healthy diet, generating more impoverishment of the population and affecting your health".

Thus, the association has pointed out that numerous increases are taking place that are not the result of an increase in costs derived from the cost of electricity and gasoline, but of a "disproportionate" increase in profit margins for large companies in distribution.

Faced with this situation, Facua defends a policy of basic food price intervention, although it is open to distribution employers offering other solutions, such as a commitment to lower prices considerably and the launch of basic baskets that package the products with great discounts.

In this sense, the association has indicated that it would value a commitment from the sector to cut its margins "as long as it is real and not a strategy of displacing the increases to other products, a decrease in quality or the release of certain products with a low level of demand. or with expiration dates or preferential consumption dates". "Solutions that require seriousness and responsibility on the part of businessmen and control from administrations", he added.

‹ ›
Keywords:
FacuaEPAgro
Your comment has been forwarded to the administrator for approval.×
Warning! Will constitute a criminal offense, illegal, threatening, offensive, insulting and swearing, derogatory, defamatory, vulgar, pornographic, indecent, personality rights, damaging or similar nature in the nature of all kinds of financial content, legal, criminal and administrative responsibility for the content of the sender member / members are belong.
Related News