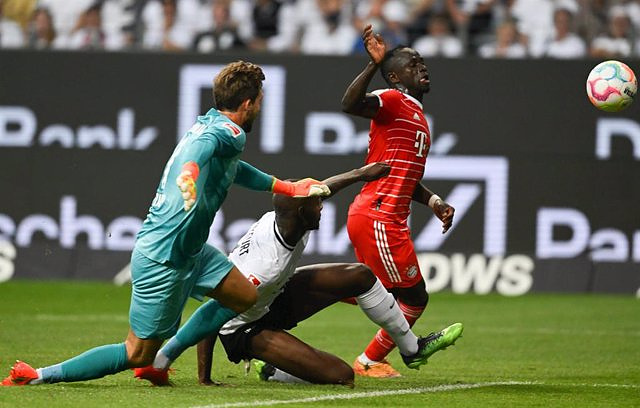 Eintracht Frankfurt fell thrashed this Friday against Bayern Munich (1-6) in the first match of the 2022-23 Bundesliga, a duel that leaves Oliver Glasner's team very touched five days before facing Real Madrid in the final of the European Super Cup.

The current champion of the Europa League -executioner of Betis and Barça- was humiliated this Friday in his league debut, a merciless defeat at the hands of a Bayern that showed no mercy. Julian Nagelsmann's men resolved the debut with an excellent first half hour that placed them 0-3 on the scoreboard.

Joshua Kimmich, Benjamin Pavard and Sadio Mané, who scored in his debut as a 'Munich', sank an Eintracht that had no answer. To make matters worse, Thomas Muller gave the fourth to Jamal Musiala and the fifth was signed by Serge Gnabry, the latter on the brink of halftime. Eintracht could only score the honorable goal through Randal Kolo in the 64th minute.

Musiala completed the Bayern festival with seven minutes to go, leaving his team at the top of the table waiting for the rest of the day. Eintracht, meanwhile, will try to get up for next Wednesday's European Super Cup final against Real Madrid (9:00 p.m.) at the Helsinki Olympic Stadium.