Echenique supports exploring an agreement to cap food prices as Díaz proposes, but sees it as complicated

He insists that another way to achieve this goal is to create a tax on large supermarkets that finances aid for the shopping basket. 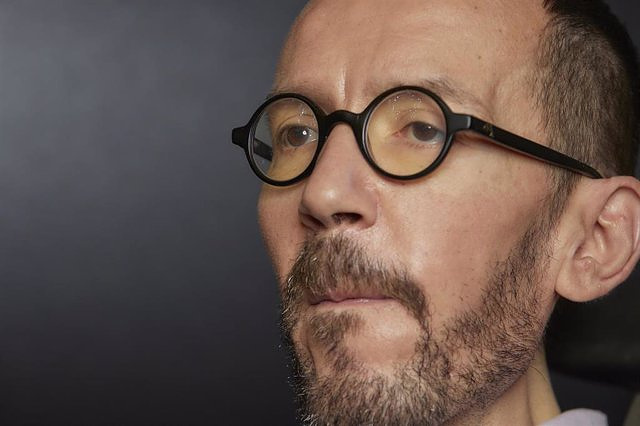 The spokesman for United We Can, Pablo Echenique, has considered that it is a "good idea" to explore "priorly" an agreement with the distribution companies to try to seal an agreement that caps the prices of certain basic food products, as proposed by the vice president second Yolanda Díaz, although she recognizes that it is complex and thinks that an extraordinary tax on these companies would achieve the same objective.

In statements to 'Radiocable', collected by Europa Press, he stressed that his training has been clear regarding Díaz's initiative, which he considers "sensible" and whose objective is the same as Podemos's idea of ​​creating a new tribute that finance a check to families with fewer resources to obtain basic products from the shopping basket, in a context of high inflation.

Of course, he explained that the primary market has a series of conditions and that is that pricing has to be compatible with small farmers and ranchers having their profit margin for their activity to be sustainable. In this regard, he has stressed that if the cost of other necessary elements rises, such as feed or fertilizers, producers in turn have to raise prices "a little" and that ultimately affects "the entire chain."

For this reason, Podemos concluded at the time that raising the type of companies to the large supermarket chains by 10% and financing with this additional collection a check to help the shopping basket for families is another way to achieve "the same that Díaz proposes, although it is "true" that this agreement can first be tried to fix prices.

Echenique has also defended the 13 measures that his political space has proposed to promote an energy saving plan, in the current context of inflation, which contains aspects such as deploying a progressive electricity bill.

However, he has specified that the Executive can take many intelligent measures to mitigate the rise in prices, but the "only event" that can avoid the "economic abyss" and the "deep crisis" in Europe is that there is a peace agreement in the Ukrainian war.

Therefore, from Podemos they are "clear" and demand to put "a lot of political energy" in a diplomatic negotiation that ends the conflict once and for all.

Finally, he has emphasized that this political course is "decisive" and that the progressive government must "demonstrate" that it protects the citizenry and is at the level of the progressive electorate, so that in the next electoral cycle it can once again obtain the trust of the citizenship. And it is that the alternative to the current Executive would be a "regression" if the right governs, which can even be "worse" if there are alliances with the extreme right.

‹ ›
Keywords:
PodemosPablo EcheniqueYolanda Díaz
Your comment has been forwarded to the administrator for approval.×
Warning! Will constitute a criminal offense, illegal, threatening, offensive, insulting and swearing, derogatory, defamatory, vulgar, pornographic, indecent, personality rights, damaging or similar nature in the nature of all kinds of financial content, legal, criminal and administrative responsibility for the content of the sender member / members are belong.
Related News