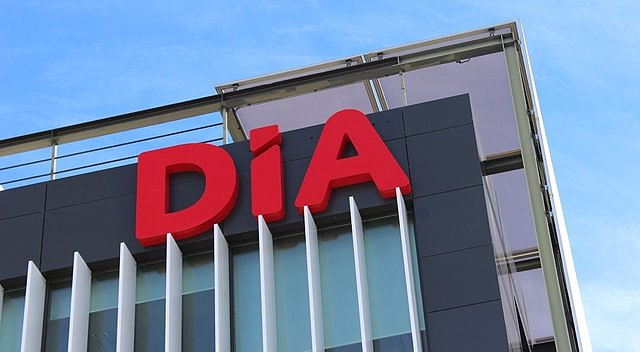 The shares of the Dia Group have soared 11.11% this Tuesday on a day marked by the company's announcement of the sale to Alcampo of 235 supermarkets distributed throughout the national territory and two logistics warehouses in Villanubla (Valladolid).

Specifically, the shares of the supermarket chain closed with a rise of more than 11%, reaching a price of 0.0150 euros per share.

The operation contemplates that the maximum price that Dia would obtain would be 267 million euros, if all the conditions precedent and other terms established in the contract are fulfilled in circumstances that allow the complete execution of the perimeter of the operation.

Dia plans to allocate the resources obtained to accelerate the implementation of its strategic plan by completing the process of remodeling the proximity stores of its current network, as well as accelerating new openings within this same format.

"Proximity is our beacon and has been our great lever of success. We are sure that, by focusing our efforts on what we know how to do well, we will be able to continue advancing in the fulfillment of our strategic roadmap", stated the president Grupo Dia executive, Stephan DuCharme, who has pointed out that since May 2020, the firm has "systematically" complied with its roadmap to achieve an "effective" change of course.

"At Dia España we are focused on a single proximity format and a unified store model. This operation allows us to advance faster in the objective of finishing the remodeling of our current network and accelerating the pace of store openings, generating opportunities for all our employees, franchisees and suppliers, allowing us to be even closer to our customers", stressed, for his part, the CEO of Dia España, Ricardo Álvarez.

Specifically, the perimeter of the operation is limited to supermarkets with an average size of around 760 square meters that have an attractive location, as explained by both companies in a joint statement.

However, they do not fit with Grupo Dia's current strategy, focused on proximity establishments in order to offer a differentiated value proposition for its customers through neighborhood stores.

The transaction is subject to the approval of the competition authorities and other consents that are expected to be obtained in the coming weeks.

In this sense, the transmission of the operation portfolio will begin as soon as the approvals are received, it will be carried out by blocks of establishments grouped on different dates and it is expected that all the transmissions will be completed by mid-2023.

Dia has stated that it does not expect negative accounting impacts on its consolidated income statement arising from the operation, while indicating that it will report in due course on the fulfillment of the conditions precedent, as well as the final price of the operation and the destination of the funds obtained once the execution of the same has been concluded.

‹ ›
Keywords:
AlcampoEPAgroDia
Your comment has been forwarded to the administrator for approval.×
Warning! Will constitute a criminal offense, illegal, threatening, offensive, insulting and swearing, derogatory, defamatory, vulgar, pornographic, indecent, personality rights, damaging or similar nature in the nature of all kinds of financial content, legal, criminal and administrative responsibility for the content of the sender member / members are belong.
Related News