He underlines that "this is not at the expense of the producers" and asks the big companies for an "effort". 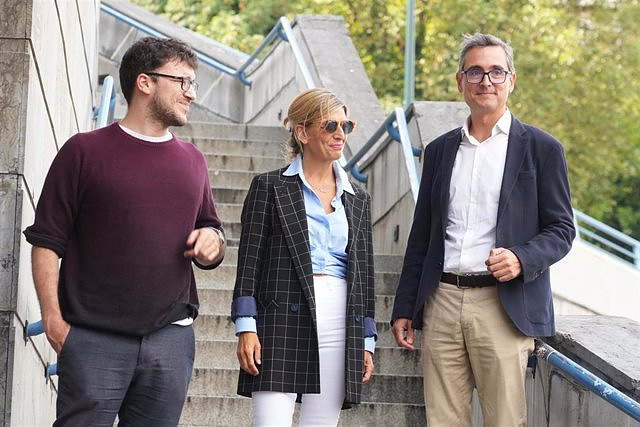 The minister, visiting Bilbao to star in a new "listening event" for Sumar, met this morning with representatives of SMEs and social transformation projects "to learn first-hand about the situation of Basque cooperativism and the challenges and opportunities for the Social and Solidarity Economy".

At the end of the meeting, and in statements to the media, he referred to the criticism received for his proposal to cap the prices of basic foods, even within his own government.

"The rest of the issues interest me little", she stated, after being asked about the disagreement expressed by some colleagues, including the Minister of Agriculture, Luis Planas.

The minister of United We Can has recalled that she has spent "nine months" to raise the Minimum Wage because she was convinced that "it was very important for people's lives" and has assured that she will also "do it now for my country ", since it is known that citizens have "enormous difficulties" in accessing food.

Yolanda Díaz has defended that the initiative is possible, "so possible that a large multinational has already joined", she indicated, alluding to Carrefour.

In his opinion, "what we do is correct" from a Ministry that "if it does anything it is to agree, without party legislation". "I believe that the initiative 'per se' is already working and the only thing that moves me is that people can guarantee their families that they have a healthy and healthy diet. The key is this, the rest of the considerations matter to me little, and I think the citizens less and they do want their Government to respond with solutions. This is what I ask the Government of Spain and what I do every day", he insisted.

NOT AT THE EXPENSE OF THE PRODUCERS

On the other hand, he has stressed that "this is not at the expense of the producers" of the country, to whom he has expressed his "absolute respect", and has indicated that "they are the large multinationals, just like the large electricity companies, the large financial institutions, which have to contribute more" because they have "sufficient" business margins. In this way, he has pointed out that "we cannot ask for more from small businesses".

After indicating that the large companies have increased, according to data from the Bank of Spain, their turnover by 45% and their profits by 62%, he pointed out that "the one we ask for the effort is the one who has the most" and the small business of neighborhood "we cannot ask for this sacrifice".