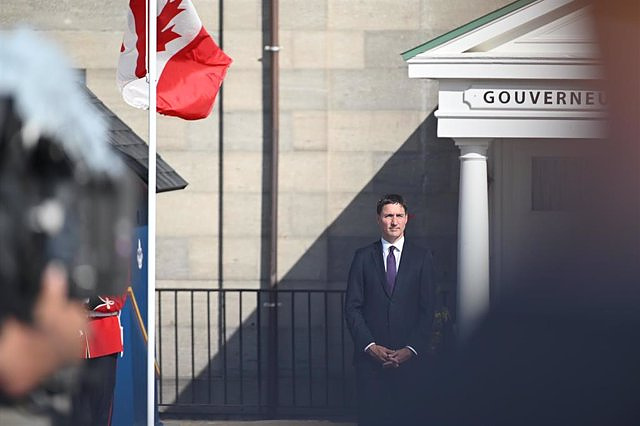 The Government of Canada has come out in defense of its decision to send back the crucial turbine to restore the regular flow of gas from Russia to Germany, after being criticized for "falling for Putin's bluff".

"Russia has weaponized energy by cutting off gas flows to Europe. We hoped to leverage Canada's role in servicing the Nord Stream 1 turbines to do just that," Canadian Foreign Minister Melanie Joly said. according to the CTV network.

Joly, together with the Minister of Natural Resources, Jonathan Wilkinson, have declared before a parliamentary committee that Ottawa decided to return the turbine, which had come to Canada to be repaired, to maintain cohesion with its German and European allies.

"I cannot exaggerate the deep concern of the Germans (...) for not being able to access natural gas," said Wilkinson, who has confessed that the German chancellor himself, Olaf Scholz, asked them to deny the Russian version, which claimed that the turbine would not arrive.

But despite the explanations of both ministers, the opposition has questioned such reasoning, pressing Wilkinson with questions about why Canada did not consider it to be "Putin's bluff".

"This whole decision was based on the idea that there is some trust, some belief that Putin would, in fact, continue to provide Germany with petrol," opposition MP Heather McPherson said.

"We already knew the deception was there. So now what we've done is we've weakened our sanctions regime, we've weakened Canada's position with Ukraine, and yet we haven't actually helped get gasoline to Germany." has added.

The turbine has been at the center of a weeks-long saga over declining natural gas flows, in what top German and EU officials say is a politically motivated move by Moscow aimed at sparking an energy crisis in Europe. , reported DPA.

Moscow claims that Gazprom was forced to drastically cut gas deliveries to Germany due to the absence of the turbine, while German officials have repeatedly maintained that the move was an attempt by Russia to punish Germany for its stance on the war in Ukraine and for imposing sanctions on Russia.

The turbine has already been shipped to Germany, where it is being temporarily stored before being transported to Russia for installation.

‹ ›
Keywords:
AlemaniaRusiaVladimir PutinCanadaUcrania
Your comment has been forwarded to the administrator for approval.×
Warning! Will constitute a criminal offense, illegal, threatening, offensive, insulting and swearing, derogatory, defamatory, vulgar, pornographic, indecent, personality rights, damaging or similar nature in the nature of all kinds of financial content, legal, criminal and administrative responsibility for the content of the sender member / members are belong.
Related News