CaixaBank earns 1,573 million in the first half, 17.1% more on a comparable basis

Closes June with a 12-month ROTE without extraordinary items of 7. 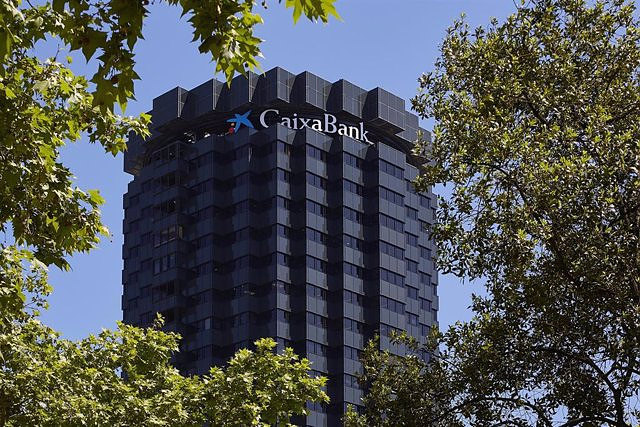 Closes June with a 12-month ROTE without extraordinary items of 7.9%

CaixaBank has closed the first half of 2022 with an attributable profit of 1,573 million euros, which is 17.1% more than the same period of the previous year based on homogeneous perimeters and 23.1% more without extraordinary items associated with the merger with Bankia.

This result, with the impacts of the integration, represents a drop of 62.4% year-on-year compared to the 4,181 million last year, which included a positive contribution for accounting purposes of 4,300 million for the negative goodwill or 'badwill', CaixaBank has communicated this Friday to the National Securities Market Commission (CNMV).

The group has reached 704,505 million euros in total assets and a 12-month return on tangible capital (ROTE) without extraordinary items from the merger of 7.9% (-1.25%), while the efficiency ratio stands at in 56.1%.

The bank has attributed the result to the "strong increase" in commercial activity and the synergies of the integration, since in these first six months the new production in mortgages has grown by 58%, consumer financing by 21% and the new production of loans to companies and corporate banking 57%.

The results for the first half of the year, which are compared with the pro forma sum of Bankia and CaixaBank in the same period of the previous year without taking into account the extraordinary items from the merger, show stability in income despite the decrease in the interest margin (-3. 6%) derived from the environment of negative interest rates until the middle of the semester.

Dividend income fell to 131 million (-13.5%) and includes, above all, those paid by Telefónica and BFA for 38 and 87 million respectively (51 and 98 in 2021); the results of entities valued by the equity method fell by 48.4% after the sale of Erste Group Bank; and revenues from financial operations increase.

Recurring banking commissions remain stable (1.1%), and recurring administration and amortization expenses are reduced by 5.6% due to the synergies of the merger, while personnel costs decrease by 7.5% for job losses.

The operating margin has increased by 10% without special items, and 17.1% in the case of profits after the provisions for bad debts were reduced by 16.8%, to 376 million euros.

The bank maintains a collective fund of remaining provisions of 1,257 million to face the consequences that the current uncertain macroeconomic scenario may have, especially unfavorable due to the pandemic and the invasion of Ukraine.

Insurance production, supported by the MyBox product offering, has grown by 25% year-on-year in life-risk insurance premiums and 44% in non-life policies, while mortgage production has reached 5,928 million euros (58%), with a "record" last quarter that has reached a volume of 3,806 million.

The healthy credit balance (excluding doubtful balances) stood at 351,012 million, with growth of 3.2% in the year and 3% in the quarter, consumer credit grew by 2.6% compared to December and 1.9% in the quarter.

Likewise, 23% of the total amount of credit granted with the guarantee of the ICO has already been amortized or cancelled, and of the remaining amount, 85% has already completed the grace period: of the total balance initially granted, 3.7% is classified as delinquent.

On the other hand, customer funds remain at 624,087 million euros (0.7% year-on-year), impacted by the usual positive seasonality of demand savings at the end of the second quarter and the volatility of the unit-linked and asset markets. under management.

This figure is below the 13.1% at the end of 2021 due to the total deduction of the share buyback program, which is underway and can reach a maximum of 1,800 million euros.

‹ ›
Keywords:
BankiaCaixabank
Your comment has been forwarded to the administrator for approval.×
Warning! Will constitute a criminal offense, illegal, threatening, offensive, insulting and swearing, derogatory, defamatory, vulgar, pornographic, indecent, personality rights, damaging or similar nature in the nature of all kinds of financial content, legal, criminal and administrative responsibility for the content of the sender member / members are belong.
Related News