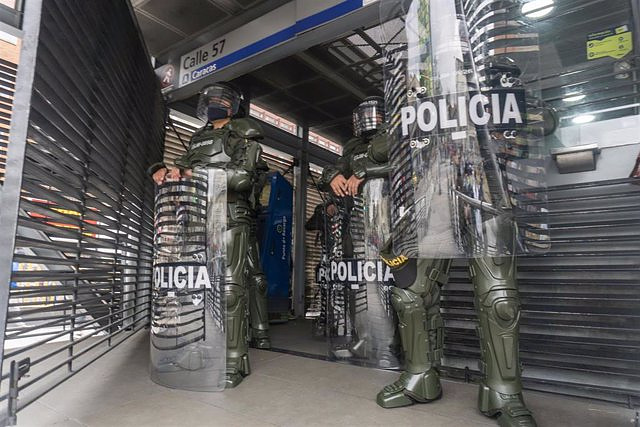 The Bogotá Metropolitan Police found three bodies in two locations in the Colombian capital at dawn on Saturday, so it is investigating whether these cases are related to the latest crimes that warn of a wave of violence.

The director of the Police, General Herny Sanabria, has reported that the victims are two women found in Ciudad Bolívar --in the south of Bogotá-- and a woman in Usaquen --in the northeast of the capital--.

"We are in an inspection of the facts and inspection of the corpse. And of course, Legal Medicine will tell us what the cause and mechanism of these three deaths were to guide the investigations," Sanabria explained in statements collected by the newspaper 'El Colombiano' .

In both situations, it is being investigated whether the crimes are related to the previous findings of victims in the city, as well as the responsibility for the alleged homicides, local media have reported.

The victims had wounds from beatings and bullet wounds.

Last Monday, local authorities found another three bodies. Two of them were in a garbage container in the town of Engativá --in the northwest of Bogotá-- and a third was found in Suba --in the north of the city-- by a group of garbage collectors.

According to the Bogotá City Council, at least nine illegal organizations were identified that could be behind the violent wave that is taking place in the city. These groups would be involved in micro-trafficking activities.

In this sense, the criminal group Tren de Aragua, originally from Venezuela, was pointed out. For this reason, the mayor of the city, Claudia López, requested that the judicial cooperation efforts with the neighboring country be speeded up to attack the members of the illegal organization.

Thus, the 'number two' of the ruling United Socialist Party of Venezuela (PSUV), Diosdado Cabello, responded to López and rejected the request. "For a change, the lady blames Venezuela. If you have the Aragua Train there, give it whatever you want, those don't hurt the Government of Venezuela because we have nothing to do with them," he assured.