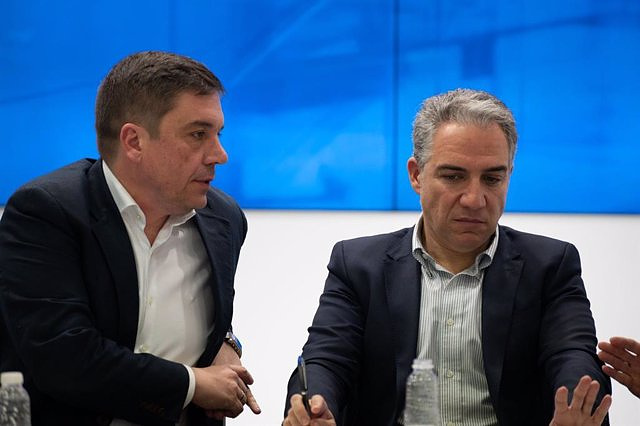 The general coordinator of the Popular Party, Elías Bendodo, today rejected the "award" that the Prime Minister, Pedro Sánchez, wants to grant to the minister who "pardoned the coup plotters" before the appointment of Campo as a magistrate of the Constitutional Court.

Bendodo has traveled to Logroño to participate in a meeting with the candidate for the presidency of the Government of La Rioja, Gonzalo Capellán, the president of the PP of La Rioja, Alberto Galiana, and the general secretary, Alfonso Domínguez, among other party officials.

At a press conference, he referred to the approval, by the Council of Ministers, of the appointments of the former Minister of Justice Juan Carlos Campo and the former Director General of the Ministry of the Presidency Laura Díez as new magistrates of the Constitutional Court (TC). .

Bendodo has cited this fact as an example in which the "separation of powers" is now "immersion of the executive in the judicial".

Later, he has believed that "the government, today, rewards, with his appointment in the Constitutional Court, the minister who pardoned the coup plotters, those who attempted against the Constitution."

On the other hand, it has considered that "the government has never wanted to agree on the judicial bodies, it has wanted to impose" because of the arrogance of the president, Pedro Sánchez. For Bendodo, Sánchez "is on his way out" and, he added, "when one says that he is leaving, it is that he has already left."

In this regard, he has referred to his appointment as president of the Socialist International, which he has seen as a way of "looking for his future" because "he knows that he is months away from leaving the government."

After reproaching him for having said that his legacy will go down in history for digging up Franco, given that he has understood that there may be other priorities such as improving the lives of families, he has asserted: "If he talks about what is going to go down in history, it is that It's already gone down in history."

‹ ›
Keywords:
Pedro SánchezPPTribunal Constitucional
Your comment has been forwarded to the administrator for approval.×
Warning! Will constitute a criminal offense, illegal, threatening, offensive, insulting and swearing, derogatory, defamatory, vulgar, pornographic, indecent, personality rights, damaging or similar nature in the nature of all kinds of financial content, legal, criminal and administrative responsibility for the content of the sender member / members are belong.
Related News