Demand that the PSOE accept this type of proposal because the obligation of the Executive is to guarantee social justice. 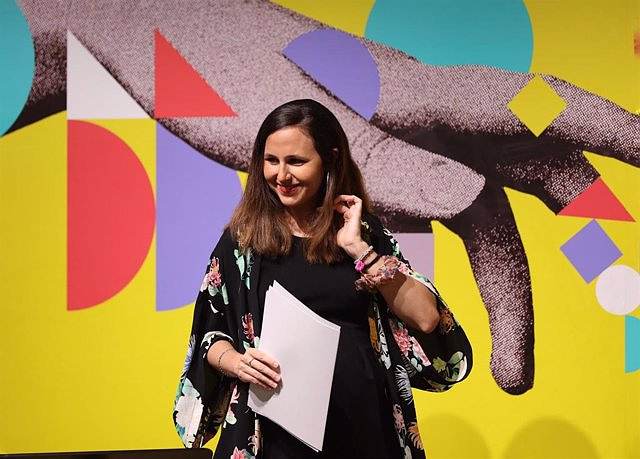 The leader of Podemos, Ione Belarra, has stated that she "fully supports" the proposal to cap the price of basic foods in the shopping basket proposed by the second vice president, Yolanda Díaz. In addition, she has argued that if there is no agreement with the distributors, the Executive should promote some mandatory mechanism to set prices.

"We are committed to this proposal as it cannot be otherwise and we are not going to allow any false controversy to be generated around us. It is important that the proposal goes ahead," he said in statements to RNE, collected by Europa Press.

The also holder of Social Rights has highlighted that there are currently people who stop including products in their shopping basket because they cannot pay for them, given the current levels of inflation, and therefore supports an agreement with the large distribution companies. to top prices.

Of course, in the event that an agreement is not reached, he has stated that it is "important" that the Government "be clear" what interests it defends and "think" mandatory mechanisms to set the cost of a group of basic foods. Above all because the big companies, which have extraordinary benefits in this crisis, must "put their shoulders to the wheel" and the obligation of the Executive is to guarantee social justice.

Asked if she thinks that an extraordinary tax on large supermarkets is better to finance a check that helps citizens buy these products, as her training proposes, than trying to reach an agreement with distributors, Belarra has replied that both approaches are "complementary " and "are part of the same strategy".

Therefore, he has stressed that they need the PSOE "not only discursively to resemble Podemos", as he appreciated yesterday in the speech by the Prime Minister, Pedro Sánchez, during the debate on the energy situation in the Senate, but also to accept during this political course these types of measures, because they are not only from United We Can but also arouse, in his opinion, a "very broad consensus" as occurs with the extraordinary tax on electricity companies.

Yesterday the Second Vice President and Minister of Labor affirmed that the Government is studying an agreement with large retailers and consumers to cap the prices of basic foods, which include bread, milk, eggs or fruit.

Last Monday, the co-spokesman for the purple formation, Pablo Fernández, said that Díaz's proposal was "sensible" but he also doubted the will of the companies to seal that agreement, for which he defended it as "more appropriate" for the Government to deploy a specific tax for large companies in the food sector.

Also the parliamentary spokesman for United We Can in Congress, Pablo Echenique, also described as "a good idea" to explore the option of the agreement, but admitted that this option seemed complicated and that this new tribute would achieve the same objective.