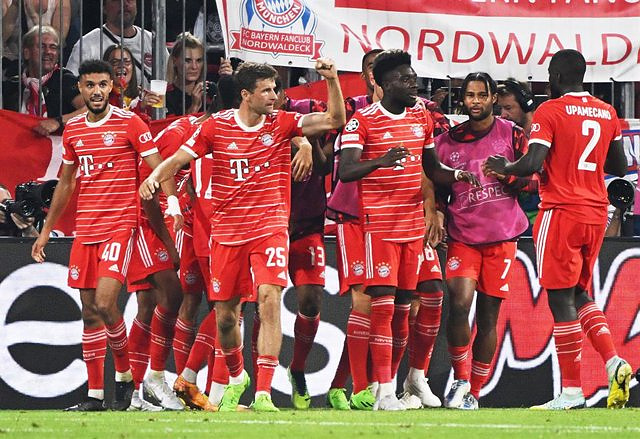 FC Barcelona has lost this Tuesday in the second day of the Champions League against Bayern Munich (2-0), a match in which Xavi's men saw their euphoria curbed after losing their unbeaten record against an efficient Bavarian team in the areas, and that featured an impotent Lewandowski in the final meters.

The Pole eclipsed the Allianz Arena spotlights, which received his long-awaited striker amid whistles and mostly applause. However, he failed to become the villain that Barcelona fans expected. His scoring streak did not appear and they fell to an insurmountable rival in the last clashes between the two.

The Barça ghost reappeared on a European night and, furthermore, against a decisive Bayern in Barça's sports crisis in recent years. Thus, the Germans added one more victory against a fetish rival, which adds to the double 3-0 they endorsed last season and the devastating 8-2 in Lisbon, in the 'Final 8' in 2020.

The Catalan team quickly alerted the Bavarians to their efficient offensive gunpowder. A hallmark of the current Barça squad that to date only knew how to win by a landslide. But Bayern knew how to suffer, turning the game into a vertical fight with no space for possession and managed to finish with a clean sheet.

The duel lost prominence in the midfield and left clear opportunities in both areas. Lewandowski tried his luck and had between his boots two of the clearest chances of the first half hour of play, in which he failed to overtake an ineffective Barça in the Bavarian fort, where he has never won to date. But the Pole's attempts had no effect due to Neuer's solvency between sticks.

The frenetic pace did not slow down at the expense of an insistent Bayern, who had Sané as a dagger who put Marcos Alonso's first start in serious difficulties. However, while the Germans arrived several times without generating noise, Barça silenced the locals in each ride that ended in an opportunity for Lewandowski, unusually impotent.

The discussion was served before the break with a possible penalty from Davies to Dembélé, who fell inside the area due to a touch from the Canadian side, although the VAR did not describe it as enough to warn the referee.

After the break, Julian Nagelsmann shook the bench in search of more physicality and brought on Goretzka for Sabitzer, a change in search of relieving the Bavarian defense of the Barça gale, obsessed with the goal from the referee's whistle. An eagerness that increased even more after Lucas Hernández's header, who opened the scoring in the 51st minute by taking advantage of Bayern's first corner.

The locals smelled the blood and desperation of the visitors and poked at a still unhealed wound. Sané's self-confidence paralyzed a weak defense and the German went into the kitchen to define against Ter Stegen, who conceded the same goals in just five minutes that he had conceded in six games.

Xavi tried to react by bringing in Frenkie de Jong and Ferran Torres, but the goals kept slipping away and Pedri, once again, dressed as a magician to dance between the rivals. But his lack of success did not help him become the hero of a team that missed the goals of its Polish star.

The insistence to put an end to the curse in the Allianz continued without giving results. In the same way as the entrance of Ansu Fati and Kessié, also absent in the last ten minutes of the game. The Catalan team did not find a reward for their siege and is placed in second position in Group C with three points, the same as Inter Milan, their next rival on October 12.