At least 15 Palestinians injured in new Israeli bombardment of Gaza 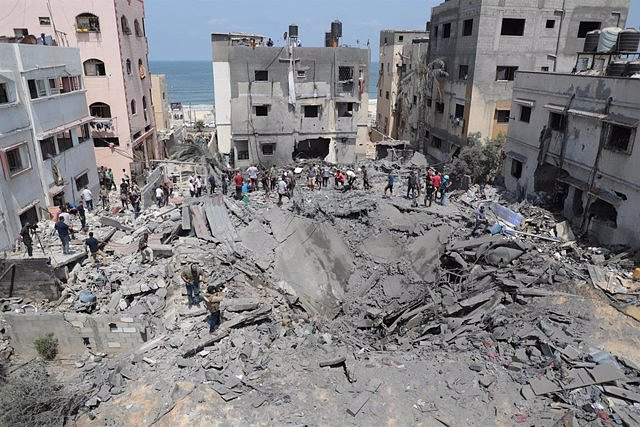 At least 15 Palestinians have been injured, some of them seriously, in the new Israeli air strikes on the north, center and south of the Gaza Strip.

Palestinian media have reported missile attacks on several homes and facilities in Gaza City and in the towns of Beit Hanun, Beit Lahi and Jabalia, in northern Gaza, with ten people injured as a result, including two minors and a woman. .

Israel has also bombed an area near the Rafah crossing, in the southern Gaza Strip bordering Egypt, where three people have been injured, and two more Palestinians have been injured in Abasan, east of Khan Younis, one of them a minor who is in critical condition.

In total, the Ministry of Health of the Palestinian government of the Gaza Strip, controlled by Hamas, has reported 15 dead and 140 wounded by the Israeli attacks since the beginning of the latest offensive last Friday.